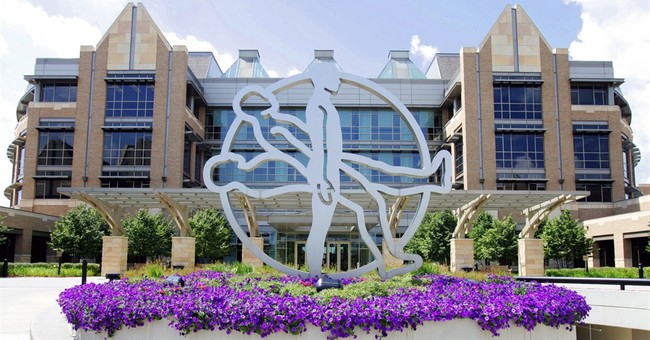 The world’s largest medical technology company, Medtronic, has announced plans to move its corporate headquarters from Minneapolis to Dublin, Ireland. With U.S. corporate tax rate at a mighty 35 percent, one of the highest in the world, it is no wonder Medtronic would rather operate from Ireland, where the tax rate is only 12.5 percent.

Medtronic is already familiar with the global stage, having reached more than 140 countries with its technology. The company is able to make the move overseas by buying out Dublin-based rival Covidien for $42.9 billion. Acquisition and corporate takeover are now legally required for a business to relocate its tax base to another country.

It is important to understand just how detrimental this current tax system is to American business:

“We are the only developed country in the world that attempts to tax the foreign earnings of our businesses, and we do so at the highest rate in the industrialized world,” Dubay said.

“U.S. businesses will keep moving abroad as long as Congress fails to move to a territorial system,” Dubay said.

Medtronic is just one of many American companies that has recently made the switch to having a foreign executive base. We saw a strikingly similar transition in 2012 with electrical equipment manufacturer Eaton, who also acquired an Irish company and moved its headquarters from Cleveland to Dublin.

While Medtronic has not explicitly stated its reason for buying Covidien is to benefit from tax inversion, Eaton's CEO Alexander Cutler was much more candid about his decision. Cutler told CNBC, "We have too high a domestic rate and we have a thoroughly uncompetitive international tax regime. Let's not wait for the next presidential election [to change this]."

There is no denying that our federal tax code needs a major overhaul. The million dollar question is how?