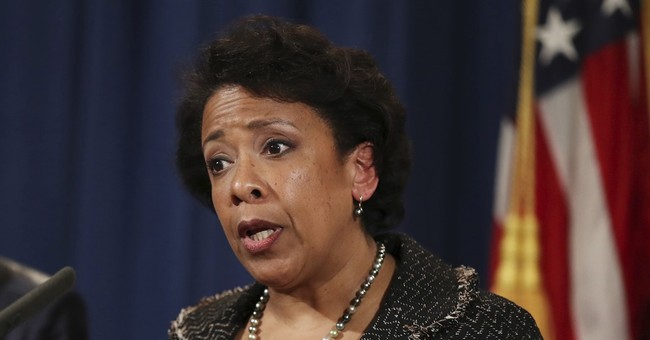 When Democrats were calling for James Comey to testify before Congress, a number of Republicans warned them to be careful what they wished for. After all, this is the man they blame (when it's convenient) for Hillary Clinton's election loss.

Comey's comments about Loretta Lynch and the Hillary Clinton "matter" have raised a few eyebrows on Capitol Hill, including those of Sen. Dianne Feinstein (D-CA). Feinstein was unnerved by Comey's characterization of Lynch's conduct and is now calling for an investigation into whether there was an obstruction of justice.

Feinstein made the comment when was asked about that section of Comey's testimony on Sunday's "State of the Union" with Briana Keilar:

Keilar: "He felt clearly that Loretta Lynch was giving cover to the Clinton campaign. Was she?"

Feinstein: “I can't answer that. I would have a queasy feeling too, though, to be candid with you. I think we need to know more about that, and there’s only one way to know about it, and that’s to have the Judiciary Committee take a look at that.”

Keilar: So you think it's worth investigating if, in a way, this was semantic cover being given to the Clinton campaign?"

Feinstein: "Yeah, but this is a separate investigation...and I don't think we should mix the two."

Here is the portion of Comey's testimony she's referencing:

Also Sunday, Rep. Peter King (R-NY) and Rep. Louie Gohmert (R-TX) said more investigation into Lynch's directive to Comey was needed. Gohmert characterized Lynch's action as "at best an attempt to manipulate the election" and that "the FBI is not allowed to look into matters, it's got to be an investigation."

King believes Comey should also be asked "Very important [questions] to ... try and figure out why he didn't take memos, prepared memos, in his dealings" with her, if what she asked him to do gave him a queasy feeling. It's extremely illogical that Comey would feel compelled to take detailed notes of his meetings with Trump because he felt Trump might later lie about the meetings, but didn't think about documenting a meeting with Lynch that spurred him to take solo action because he was concerned about the FBI's credibility?