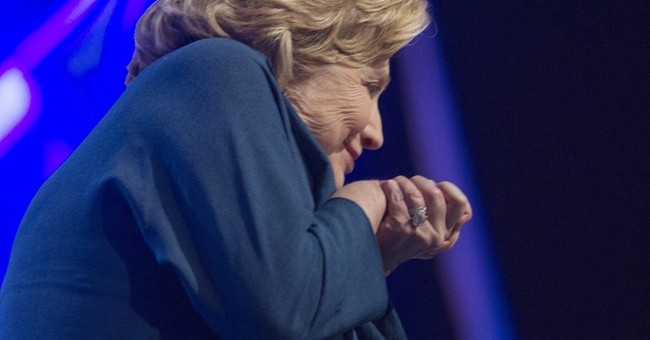 Last night a woman threw a shoe at Hillary Clinton. The incident happened just moments after Hillary took the stage at an Institute of Scrap Recycling Industries meeting in Las Vegas. The throw was pretty far off, but Clinton was most definitely taken by surprise.

After the scare Clinton joked, “Is that somebody throwing something at me? Is that part of Cirque du Soleil?”

Security escorted the blonde woman out of the auditorium, but has not yet identified her to the public.

Apparently she was not a credentialed convention attendee and was not supposed to be in the ballroom. It is not clear exactly what motivated the woman to throw her shoe at the former first lady. Check out the video below for the action: