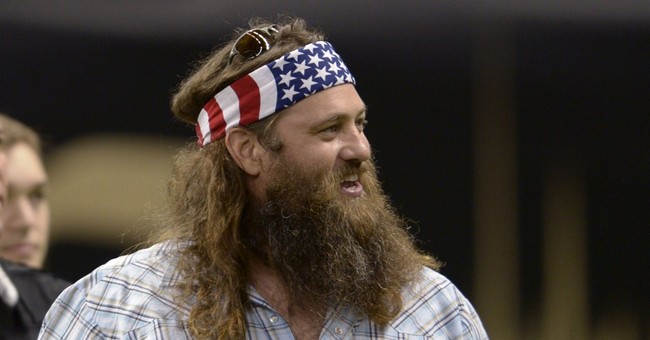 After listening to the Laura Ingraham radio show earlier this week, perhaps President Obama better get his hunting gear ready. Willie Robertson of Duck Dynasty was a guest on the show and expressed interest in having President Obama for a visit to go hunting. Now that would be quite the sight!

On the show, Willie told Laura that President Obama is the Democratic politician he most wants to go shooting with. He said,

“I’d like to talk, and debate, and find out what’s going on in his brain a little more,” Robertson said. “That’s kind of my philosophy. I don’t shy away from people I disagree with — I want to know why they do what they do, and if you can move to change their thinking in some ways.”

Although Willie has already met the president before, Robertson would like to spend even more time with the Obama. He said, “I’d like to get him out there with some camouflage and a gun, and we could sit out there and talk.”

I wonder if the president will hear about this and take him up on his offer! I have a feeling I know the answer to that question…

Listen to the episode here.