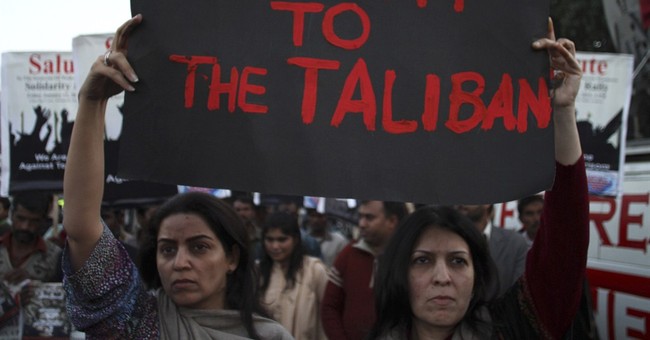 Apologies for ending the week with such a downer of a story, but this man's story and grisly fate deserves to be told. America owes him that, at least, given how terribly we failed him:

An Afghan interpreter for the United States military who had been waiting for over four years on the U.S. visa list was tortured and killed by insurgents earlier this year, raising concerns that other translators could meet a similar fate as American forces withdraw from Afghanistan. Sakhidad Afghan worked as a translator for the U.S. Marines and Air Force since around 2008. Four years ago, he applied for a U.S. visa under a program for at-risk military translators. He was still on the waiting list when the Taliban reportedly kidnapped him from a bazaar this spring and executed him in the back of a trailer truck. Each year, thousands of Afghan interpreters under threat from anti-American militants sit in bureaucratic limbo, waiting for visas they were promised by the U.S. military. Advocacy groups said it is unlikely Sakhidad Afghan was the first translator killed while on the list, although the deaths are often difficult to confirm.

The photos, needless to say, are appalling (content warning).  Setting aside our often-fractious debate over immigration in this country, shouldn't courageous people like Mr. Afghan be at the very top of the list for entry?  Yes, they must be vetted, but they don't deserve to languish "in bureaucratic limbo" awaiting the help they were promised in return for putting themselves at grave risk to help our troops.  These brave souls ought to be rewarded, taken care of, treated with gratitude; not hung out to dry for the barbarians.  A buddy of mine helps run a charity called 'No One Left Behind,' which is specifically devoted to honoring America's word by helping the Iraqi and Afghan interpreters who've risked everything to assist our guys:


Click through for more information, if you're so moved.  RIP, Sakhidad Afghan.