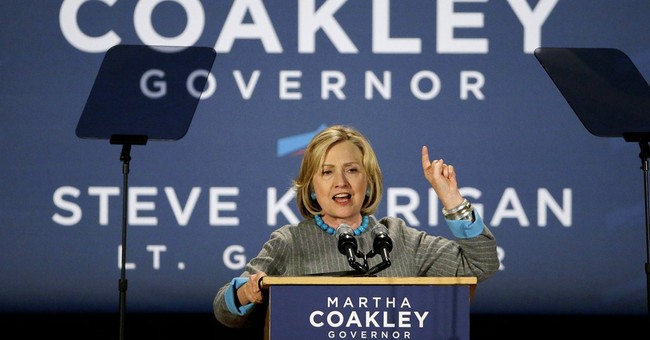 
"Don't let anybody tell you that, uh, you know, that it's corporations and businesses that create jobs."

I'd imagine Hillary will be "clarifying" that statement before too long, but the shouts of agreement from the crowd betray the economic illiteracy of the hardcore Democratic base to which she was pandering.  It's probably worth mentioning that Elizabeth Warren -- godmother of the (backwards) "you didn't build that" Statist clarion call -- was on stage for this performance, too.  Perhaps Hillary was simply trying to out-do Warren's populism-on-steroids schtick by asserting that not only are businesses not responsible for building their own successes, they don't create jobs either.  Good to know.  So who does create jobs, Madam Secretary?  The government?  The jobs fairy?  Deep-pocketed university speakers funds?