Top Democrat: Yes, "Elements" of the GOP Base are "Animated by Racism" 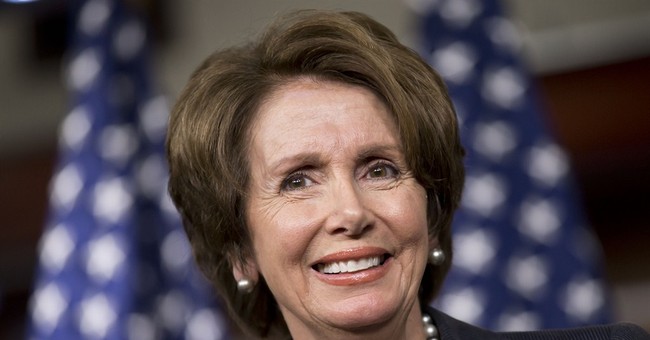 Okay, fine. Point granted. Some small "element" of the GOP base absolutely is motivated by racism. Racist people exist. But fascinating data from the early 2000's revealed that the Democratic Party is home to approximately the same number of people who hold racist attitudes. One pertinent data point: 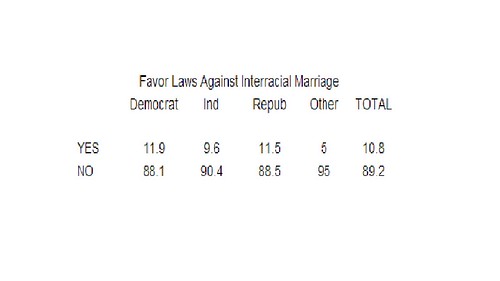 When DCCC Chair Steve Israel spouts off about racist attitudes within the Republican Party, he should be condemning and renouncing "elements" within his own political coalition, too. But that's not what he meant. Because everybody knows that Republicans are the more racist party -- and therefore influential elected Democrats don't hesitate to make generalizations like this:


Crowley: Do you think your Republican colleagues are racist? Israel: Not all of them, no. Of course not. But to a significant extent, the Republican base does have elements that are animated by racism.


Not all of them. Care to name some names, and offer some proof, Steve? In fairness to him, though, what was he supposed to say? Nancy Pelosi fired off this racial shot earlier in the week, imputing racist motives to many House Republicans' reluctance to embrace certain immigration reform proposals. Israel's job as DCCC Chair is to restore Pelosi to the House Speakership this fall (essentially an impossible task), so rebuking her was out of the question. The above answer, apparently, was the best he could muster. Pelosi's comments and Israel's uncomfortable wavering are part of a broader Democratic push to energize components of their core supporters by any means necessary. A recent poll showed that crucial pieces of the Obama re-election coalition may sit out 2014, stirring panic on the Left. Single women aren't enthusiastic to vote? Let's revisit a phony "discrimination" issue and hope people won't notice our shameless hypocrisy on the matter. (People have noticed, including liberal columnist Ruth Marcus, who decried Democrats' "revolting demagoguery"). African-Americans may not show up in droves? Dispatch Joe Biden to sound cynical alarms about "voter suppression" -- and remain hopeful that no one will point out that non-whites overwhelmingly support common-sense voter ID laws. And on Latinos and immigration, dust off the Pelosi smear machine, and leave Steve Israel with no choice but to defend her. Journalist Mark Halperin tweeted out this summary of Dems' midterm strategy late last week:


It's only mid-April, so things are going to get even uglier -- especially if the polls continue to look ominous. Parting Thought: Do they really believe talking about the Koch Brothers even more will help matters?