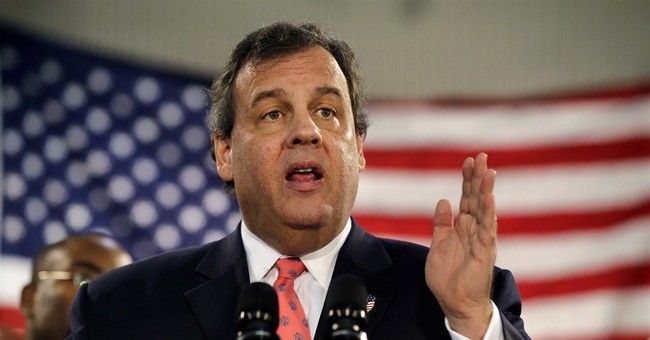 “MSNBC is a partisan network that has been openly hostile to Governor Christie and almost gleeful in their efforts attacking him, even taking the unprecedented step of producing and airing a nearly three-minute attack ad against him this week. Governor Christie and his entire administration have been helping Hoboken get the help they need after Sandy, with the city already having been approved for nearly $70 million dollars in federal aid and is targeted to get even more when the Obama Administration approves the next rounds of funding. The Governor and Mayor Zimmer have had a productive relationship, with Mayor Zimmer even recently saying she’s ‘very glad’ he’s been our Governor. It’s very clear partisan politics are at play here as Democratic mayors with a political axe to grind come out of the woodwork and try to get their faces on television.”


UPDATE - Hmmm. A New Jersey reporter notes that Zimmer peddled a similar story, but with different details, to him eight days ago:


So last week, Christie was withholding Sandy funding in retaliation for her lack of endorsement. Now she says it was all about a development deal. That's a suspicious evolution. Also, what she's alleging is outright corruption. Why didn't she go to authorities at the time instead of (very belatedly) leaking to sympathetic reporters? Finally, MSNBC reported that Hoboken has only received about $350,000 in relief aid. Christie's statement says the city's been approved for more than $70 million, with more to come. Why the massive discrepancy?

The Democratic mayor of Hoboken, New Jersey has leveled new allegations against Chris Christie's administration, accusing top officials of withholding needed Sandy relief funds from her city because she wouldn't sign off on an unrelated urban development deal favored by the governor. Mayor Dawn Zimmer made the explosive claims in an MSNBC appearance this morning:


Two senior members of Gov. Chris Christie’s administration warned a New Jersey mayor earlier this year that her town would be starved of hurricane relief money unless she approved a lucrative redevelopment plan favored by the governor, according to the mayor and emails and personal notes she shared with msnbc. The mayor, Dawn Zimmer, hasn’t approved the project, but she did request $127 million in hurricane relief for her city of Hoboken – 80% of which was underwater after Sandy hit in October 2012. What she got was $142,000 to defray the cost of a single back-up generator plus an additional $200,000 in recovery grants. In an exclusive interview, Zimmer broke her silence and named Lt. Gov. Kim Guadagno and Richard Constable, Christie’s community affairs commissioner, as the two officials who delivered messages on behalf of a governor she had long supported.


Zimmer says Guadagno and Constable made the quid-pro-quo explicit in private conversations in May of 2013, seven months after the storm ravaged much of the New Jersey coast:


On May 13, Guadagno and Zimmer met at the Hoboken ShopRite. That is where, Zimmer said, Guadagno delivered the first message about the relief aide. Zimmer shared this diary entry which she said she wrote later that day. “At the end of a big tour of ShopRite and meeting, she pulls me aside with no one else around and says that I need to move forward with the Rockefeller project. It is very important to the governor. The word is that you are against it and you need to move forward or we are not going to be able to help you. I know it’s not right – these things should not be connected – but they are, she says, and if you tell anyone, I will deny it.” The second warning, according to Zimmer, came four days later. She and Constable, who now led Christie’s department of community affairs, were seated together on stage for a for a NJTV public television special on Sandy Recovery. Again, Zimmer provided this diary entry from May 17, which she said captured the incident. “We are mic’ed up with other panelists all around us and probably the sound team is listening. And he says “I hear you are against the Rockefeller project”. I reply “I am not against the Rockefeller project; in fact I want more commercial development in Hoboken.” “Oh really? Everyone in the State House believes you are against it – the buzz is that you are against it. If you move that forward, the money would start flowing to you” he tells me.


The Christie administration has categorically denied Zimmer's account, calling it "outlandishly false." It had better be; these accusations are very serious. If -- if --officials at the very highest level of the Christie administration used super-storm relief funds as leverage to shake down local leaders for political favors, that's a grade-A scandal. And if Zimmer's story can be independently verified, it would be all but impossible for Christie to disavow knowledge of the scheme because his Lt. Governor was supposedly the initial messenger. The alleged actions would also directly contradict Christie's assertion at his recent press conference that his administration does not engage in acts of political retribution. On the other hand, it's entirely possible that this is a partisan hit job orchestrated by Democrats to maintain a scandal drumbeat against a Republican they view as a political threat. To wit, DNC chair Debbie Wasserman Schultz is already denouncing Christie based on the story. MSNBC says that emails and diary entries back up Zimmer's story -- but it's not quite that simple. A series of emails do appear to confirm that the development project was discussed at length between Hoboken city officials and attorneys for the prospective developer. (Christie's support for the deal is apparently public knowledge). But so far, the only "evidence" fortifying Zimmer's allegations of political extortion are her new public statements, and passages from her personal diary, the dates of which correspond with the supposed incidents.

There are reasons to be skeptical of her account: If Christie's running mate and second-in-command truly issued these threats last spring (apparently with some degree of guilt and contrition), why are we just hearing about them now? Why didn't Zimmer -- a Democrat who says she supported Christie, but who declined to endorse him -- immediately blow the whistle on this outrageous conduct? If the governor's office was playing such cynical and callous politics with Sandy funds, the people of New Jersey had a right to know prior to the election. Beyond the election timing, why did Zimmer wait to "go public" until there was political blood in the water, with her fellow Democrats and the media in a feeding frenzy over the bridge story? Also, how does Zimmer explain her series of tweets and statements lavishly praising Christie's post-Sandy leadership and thanking him for all of his assistance for Hoboken? Via Christie's office, Zimmer tweeted the following sentiments in August:

To be clear I am very glad Governor Christie has been our Gov. I am not endorsing bc of Hob's non-partisan mayoral race.


Why would she voice such strong support (a "great job for Hoboken") for a man whose administration had supposedly targeted her with an appalling shakedown scheme just four months prior? Wouldn't she be trying to derail the candidacy of an imperious and corrupt governor on behalf of the people he was unjustly punishing? I'll leave you with a few thoughts:


(1) I'm unwilling to assail or defend Christie on this story until additional facts are in. So far, it's Zimmer's word against the Christie administration's. Each side has some circumstantial evidence backing their version of events, none of which is conclusive. If Team Christie really did what Zimmer alleges, it a disgrace. If she's exaggerating or fabricating the story, that's equally disgraceful.

(2) If Mr. Constable laid out the alleged back-scratching calculus on a television stage filled with cameras, microphones and other guests, surely some additional corroboration of Zimmer's account must exist. Let's see it.

(3) Was Hoboken's share of the relief aid disproportionately small, compared to similarly afflicted cities? MSNBC hypes the fact that Zimmer requested more than $100 million in assistance, but only received less than half-a-million. That's an interesting data point, but it may not be the whole story. Which was more fishy: Zimmer's request, or the amount of help her city has received? It should be fairly easy to determine whether Hoboken was hung out to dry on relief funds.

(4) Christie angrily accused his fellow Republicans of playing politics with relief funds when several House conservatives sought to strip the relief bill of unrelated pork. If he himself then turned around and wielded the money as a political hammer, it will look even worse.

(5) CNN has already gotten egg on its face over its breathless reporting of another ostensible Christie "scandal;" might MSNBC be next?