It's Official: The Donald To Make Major Announcement in June 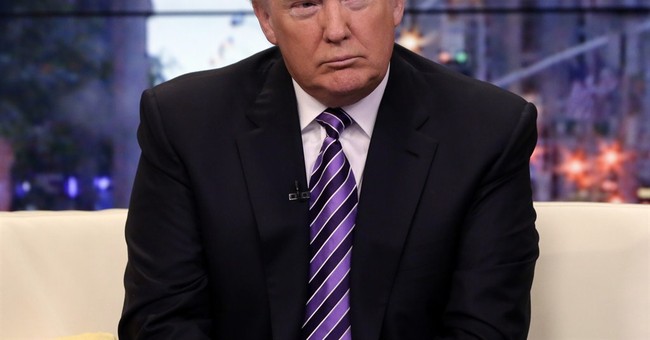 Donald Trump will make a “major announcement” on June 16 at New York City’s Trump Tower before heading to New Hampshire the next day, according to WMUR-9 in New Hampshire.

The schedule adds to the speculation Trump will run for the White House in 2016 after flirting with a bid in 2012.

Wait, is this really happening? And if not, why on earth is he going to New Hampshire?

In any case, pardon me for taking all the hype with a grain of salt. This is, after all, what Donald Trump does. The guy is famous for always building buzz and interest in himself as a presidential candidate, only to bow out later at the eleventh hour every four years. One may therefore be forgiven for thinking he relishes the limelight—and all the media attention that goes along with it—but doesn’t actually have the courage (or desire) to sign the paperwork. But perhaps this election cycle will be different. Perhaps, as some are suggesting, he will finally ante up. And if he does, he will have a golden opportunity most disciples of birtherism never get: a chance to reach millions and millions of Americans on the debate stage. Yes, as Guy explained last week, this is a real, frightening possibility.

Have a nice weekend, everybody.