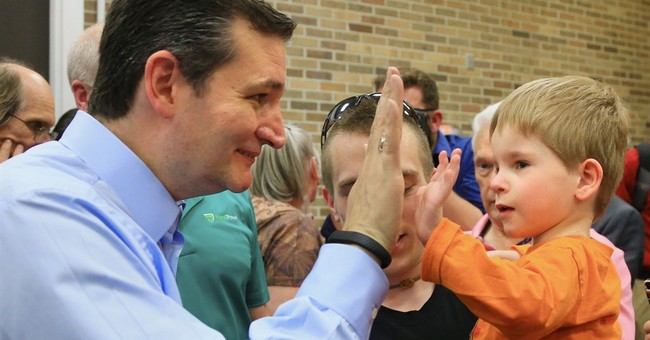 We’ve blogged these results before so why not again? They’re interesting. In the most recent Hot Air survey (conducted by Patrick Ishmael online at our famed sister website), Ted Cruz has catapulted himself into first place, gaining a burst of momentum after becoming the first Republican hopeful to officially announce he’s running for president. Scott Walker and Marco Rubio took silver and bronze medals, respectively.

Again, as we’ve intimated time and again, the results are fairly meaningless this early. But it is interesting that Ted Cruz received just 437 out of 1562 total votes cast in March (among a very conservative sample) the last time the poll was conducted. This week, however, he earned 668 out of 1782 total votes -- roughly a 10 percent improvement. That’s a nice little bump for the junior senator from Texas.

Marco Rubio, for his part, also got a bit of a boost, doubling the number of votes he earned between March and April from 95 to 191, respectively. Fellow Floridian and establishment favorite Jeb Bush didn't fare nearly as well, however: He finished with a grand total of 17 votes tallied in April -- one more than he received last month.

But at least he earned some support, right? We can’t say the same for Sen. Lindsey Graham (R-SC). If the primary were today, not a single Hot Air reader would pull the lever for him. Not one.

That doesn’t bode well for his forthcoming announcement, now does it?