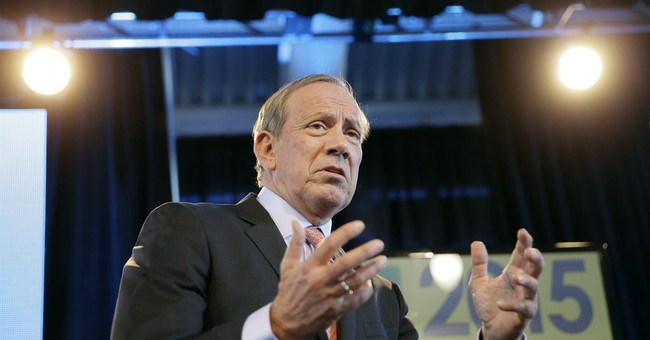 In fairness, he probably has more name recognition than Lincoln Chafee:

Republican Gov. George Pataki served as New York State’s chief executive for 12 turbulent years -- both before and after 9/11. Hence, what he lacks in charisma and name I.D. he almost certainly makes up for in crisis management and executive experience. And so the question is worth asking: Can candidates like Ted Cruz, Rand Paul, and Marco Rubio, all of whom have officially put their names forward in 2016, even hold a candle to the public-service records of long-serving governors like George Pataki, and others like him?

“They haven’t run a government,” the ex-governor asserted plainly in the clip above. “They haven’t shown their ability to convert words to action.”

I suspect that’s how most GOP primary-goers feel about Pataki right about now. The polls don't lie. Naturally, however, that's not stopping him from traveling to New Hampshire later this week. Surprise!