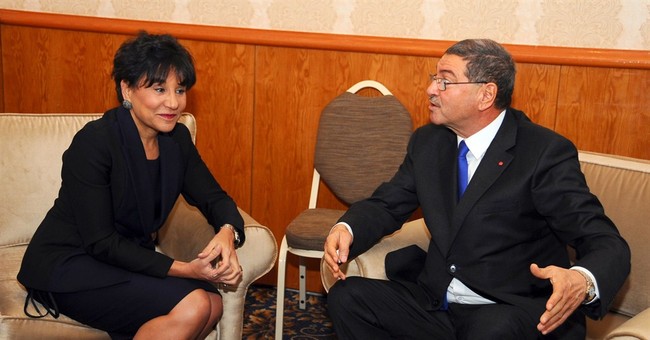 Gunmen stormed a popular museum in Tunisia’s capital on Wednesday, killing 19 people, including 17 tourists, before two of the attackers were slain by security forces, the interior ministry said.

About 200 tourists were visiting the Bardo National Museum, located near parliament in central Tunis, when the armed men charged into the building, Tunisian state radio quoted a ministry spokesman as saying. Besides the 17 tourists, one museum staff member was killed.

Many of the victims were from Europe. Meanwhile, Tunisia’s prime minister also said that several of the suspected gunmen are still on the loose:

He said two or three of the attackers remained at large.

And who is responsible for such a brazen and cowardly act? At this time we don’t know, but perhaps it’s not a mystery:

No group officially claimed responsibility for #BardoMuseum attack. But all eyes on #IS. Biggest number of IS fighters are Tunisians.