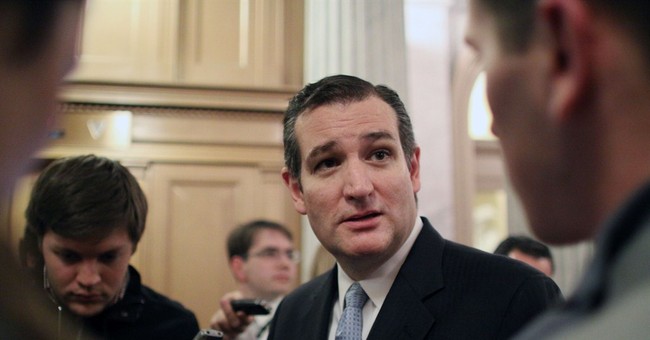 On Thursday at CPAC, Sen. Ted Cruz (R-TX) spoke privately to a room full of reporters on a range of issues, most crucially about how grassroots conservatives should choose the next Republican presidential nominee. He suggested that every rumored presidential candidate at CPAC will attempt to assure the base "they're the most conservative person who ever lived." For this reason, he said, grassroots conservatives should be very wary of candidates who are well spoken and inspiring, but aren't necessarily conservatives at heart.

“We’ve been burned before,” he said. “We’ve supported candidates who sound great, got into office, and didn’t stand for principles. What I would suggest to every Republican primary voter – what I’m going to suggest at CPAC this afternoon – is we say to every candidate ‘don’t tell me, show me.’”

And so on and so forth. He argued that candidates should not just be fluent spokesmen and women for conservative principles, but have a real and genuine record to run on. In other words, someone like him.

“If we nominate another candidate in the mold of a Bob Dole or a John McCain or a Mitt Romney—and let me be clear, those are good and honorable men [who] love their country—[we won't win because] what they did didn’t work. It’s a losing strategy and if we nominate another candidate in that mold, the same voters who stayed home in ’08 and ’12 will stay home in ’16. And Hillary Clinton will be the next president.”

“So how do we win?” he asked. “We need to look for a candidate who can energize and mobilize those millions of conservatives and bring them back."

Cruz never said explicitly that he was running for president. But he implied as much. Speaking without notes for roughly 36 minutes, he built the case for why a candidate like him—who challenges the establishment, appeals to the base, and is a proven conservative—is best qualified to carry the Republican banner in 2016. We'll see.