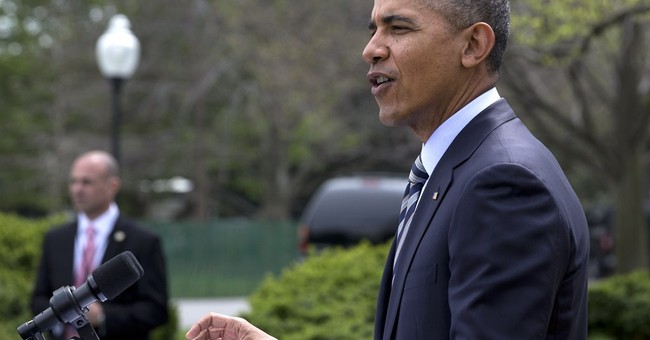 In a joint op-ed published today in the pages of USA Today, House Speaker John Boehner (R-OH) and Senate Majority Leader Mitch McConnell (R-KY) are urging Americans to begin tempering their hopes and expectations by accepting the inevitable:

Tuesday, as promised, the new Congress is sending the White House legislation that would approve the Keystone XL pipeline. This project will support tens of thousands of American jobs. It will bolster the nation's infrastructure and energy security. And it enjoys a broad base of support from Republicans and Democrats, labor unions and small business owners, not to mention an overwhelming majority of Americans.

Keystone is a no-brainer in every way, but the White House says the president will veto this jobs bill. Americans deserve to know why, and what a veto would mean.

They argue approving the Keystone pipeline will create jobs, stabilize the U.S. economy, reduce our reliance on foreign oil, and take seriously the wishes of the American public. Thus, if President Obama vetoes the legislation, it would be a huge mistake. "Keystone brings a real benefit to our economy," they write. "That's according to the president's own State Department, which says the project will support at least 42,000 American jobs." At the same time, they attribute the president’s foot-dragging to "politics." According to them, the president is beholden to “liberal extremists” who are unnecessarily stymieing and holding up a project that many Americans agree should have been constructed years ago.

So because the president is not a fan of Keystone, it seems he will veto the legislation either today or sometime later this week. Stay tuned.

UPDATE: Not one to mince words, Speaker Boehner has blasted out a press release describing the president's veto as a "national embarrassment."

“The president’s veto of the Keystone jobs bill is a national embarrassment. It’s embarrassing when Russia and China are plowing ahead on two massive pipelines and we can’t get this one no-brainer of a project off the ground. The president is just too close to environmental extremists to stand up for America’s workers. He’s too invested in left-fringe politics to do what presidents are called on to do, and that’s put the national interest first.

The #Senate is going to vote on overriding the President's veto of the #KeystoneXL bill by March 3: http://t.co/Ijt5IANjVU

“The least President Obama can do is look the American people in the eye when he is so blatantly defying them. The fact he vetoed the bipartisan Keystone Pipeline in private shows how out of step he is with the priorities of the American people, who overwhelmingly support this vital jobs and infrastructure project.”