TIME's Person of the Year is... 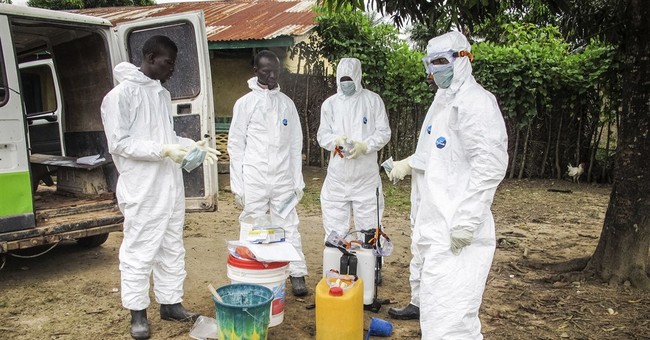 …well, not a person, per se, but a group of people.

Two days ago, TIME unveiled their eight short list candidates for “Person of the Year.” These selections ranged from the Ferguson Protestors to Taylor Swift to Vladimir Putin. In the end, the magazine went a different route.

This year’s winners are the "Ebola fighters":

Ebola is a war, and a warning. The global health system is nowhere close to strong enough to keep us safe from infectious disease, and “us” means everyone, not just those in faraway places where this is one threat among many that claim lives every day. The rest of the world can sleep at night because a group of men and women are willing to stand and fight. For tireless acts of courage and mercy, for buying the world time to boost its defenses, for risking, for persisting, for sacrificing and saving, the Ebola fighters are TIME’s 2014 Person of the Year.

As expected, some on the Left are apoplectic and disappointed that the Ferguson protestors were slighted. But in my humble estimation, this was the right choice. These Good Samaritans serve in dangerous and Ebola-stricken slums and cities many of us would never dream of visiting. They also care for the sick and the dying when no one else will.

This of course is precisely why they were chosen, and why the award is so richly deserved.