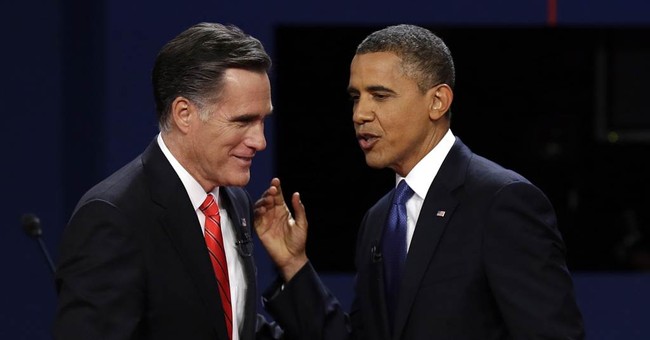 Much attention has recently been paid to the following question: Will Mitt Romney run for president in 2016?

I suspect the reason is twofold. First, it’s slowly dawning on the public that many of the predictions he made about world events and domestic affairs have come true. He was mocked and criticized and ridiculed and yet he was right. This development, therefore, might have some voters longing for the days when a Romney presidency seemed all but assured.

Second, most Americans do not think the current president of the United States is doing a very good job. His job approval numbers are at historic lows and many already believe him to be a failure. So when reports surface that Mitt Romney may be more open-minded to running again -- and polls indicate that many voters think he “would be doing a better job as president” than the current occupant of the White House today -- perhaps the Romney 2016 Express is just getting fired up:

Just 25% think Hillary Clinton who lost the 2008 Democratic nomination to Obama would be doing a better job today. But only 10% believe she'd be doing a worse job. Half (50%) think she’d be doing about the same.