Report: Dem Senate Candidate Threatens to Sue His Neighbors For the Stupidest Reason Ever 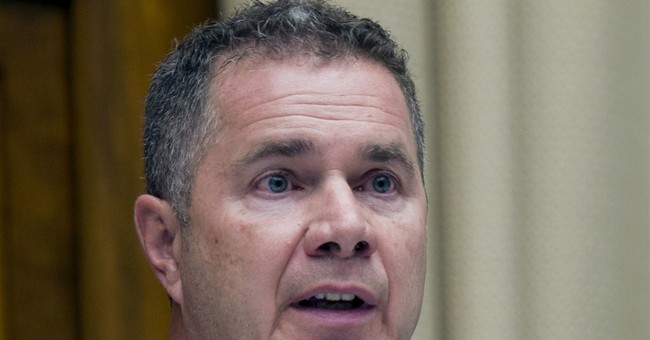 Rep. Bruce Braley (D-IA) is running for a US Senate seat in the Hawkeye State. But he recently ran into a bit of trouble when he was caught on camera, in Mitt Romney-like fashion, sneering about farmers and the state’s favorite Republican elder statesman. Since then, his campaign has suffered a number of embarrassing missteps along the way, and the path to victory, it seems, isn’t getting any easier.

And yet the most recent controversy to besmirch his image as a 'man of the people' is really quite silly. In brief, after his neighbor’s chicken wandered onto his vacation property, instead of dealing with the “dispute” cordially and with grace -- as most Iowans presumably would -- he threatened to resolve the matter through the local court system.

I suppose litigation is what trial lawyers do best, but one wonders how such rank pettiness will be perceived by voters in his home state:

Rep. Bruce Braley, D-Iowa, threatened to sue a homeowners’ association after a chicken crossed onto his vacation home property in Iowa, again raising concerns that the Senate candidate is out-of-touch with farmers in the state, the Iowa Republican reports.

The dispute started this spring after one of his neighbor’s chickens appeared on his vacation property in Holiday Lake, Iowa:

"Braley’s wife Carolyn attended a May 8 meeting of the Holiday Lake Owner’s Association to complain about the fowl. The dispute escalated, causing the association to incur nearly $1,700 in legal fees after Braley called the association’s attorney with an implied threat of legal action.

'It’s stupid that it went this far. Any reasonable person would have talked to their neighbor in a reasonable fashion instead,' said Bill Nagle, an association board member. 'For being brought up on a farm, he sure has lost his rural, farm values.'"

Ordinarily I would dismiss this kind of a story. But when a candidate tries so desperately to relate to his constituents, and fails so spectacularly, I can’t help but write about it.