Illness on the Rise: Cases of Scabies, Tuberculosis and Swine Flu All Reported at US Southern Border 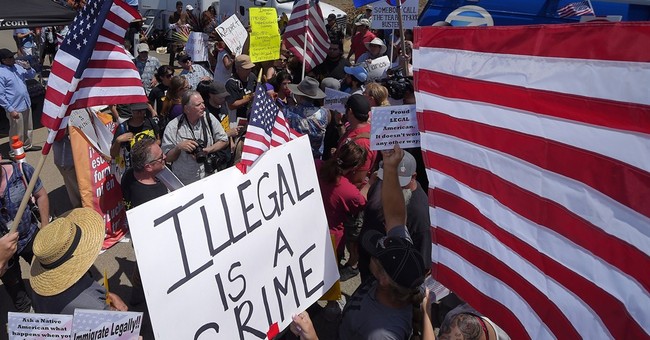 The “humanitarian crisis” at the border may soon descend into a full-scale epidemic. Multiple anonymous and named sources (including a Border Patrol union) have confirmed that unaccompanied children illegally crossing into the United States are carrying with them all sorts of illnesses and diseases. Scabies, tuberculosis and swine flu have all been reported. What’s more, the close quarters and refugee camps in which these children are living in are becoming breeding grounds for infection, leaving border patrols agents, humanitarian volunteers, and children susceptible to contagion:

A Border Patrol union claims that illegal immigrant minors are coming into the U.S. with "active scabies and other illnesses," claiming one of its agents already has contracted the mite-borne skin infection and warning it could spread into surrounding communities if precautions are not taken.

The union's warning comes amid claims of tuberculosis at one camp in San Antonio and Texas Gov. Rick Perry's testimony last week of a confirmed case of H1N1, or swine flu.

The medical issues pertain to illegal immigrant minors crossing the U.S.-Mexico border and being detained in Texas and other states. The most detailed information so far has come out of the San Diego Local 1613 chapter of the National Border Patrol Council.

"Border Patrol management is aware of the scabies outbreak but continue to ignore recommendations," Ronald Zermeno, health and safety director for the San Diego chapter, wrote to a top California Border Patrol official in a July 4 letter.

Meanwhile, a recent poll found that almost half of all respondents say the president is encouraging illegal immigration, despite his unequivocal assertion last month that non-citizens, if caught illegally entering the country, will be deported. But even members of his own party feel as if he’s not rising to the occasion. Rep. Henry Cuellar (D-TX), for example, is particularly incensed at the administration's lack of foresight in dealing with this crisis:

“With all due respect to the administration, they’re one step behind. They should have seen this coming a long time ago.”

In any case, I’ll leave you with this: White House Press Secretary Josh Earnest telling reporters yesterday that he’s “not worried” about the optics of President Obama skipping a visit to the Southern border...so he can fundraise in Texas instead:

“We are not worried about those optics.”