Poll: Obama is Encouraging Illegal Immigrants to Cross the Border 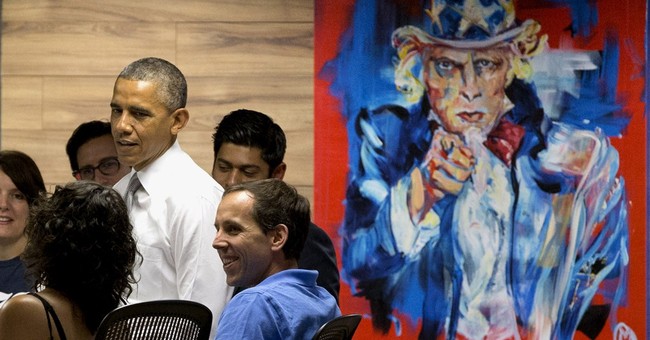 An estimated 50,000 immigrant children illegally entered the United States within the past few months and Americans believe president Obama encouraged the infiltration, according to a recent Rasmussen Reports poll.

Nearly half of U.S. voters believe the Obama administration has prompted the flood of illegal immigrant children at the border, and most want them sent back home right away.

The latest Rasmussen Reports national telephone survey finds that 46% of Likely U.S. Voters think that the administration, through its statements and policies, has encouraged this wave of illegal immigration. Thirty-one percent (31%) disagree, but 23% more are not sure.

Obama expressly warned Central American families not to send their children across the border during an ABC News interview June 26.

“If they make it, they’ll get sent back,” Obama stated, “More importantly, they may not make it.”

Despite this stern warning, Obama has done a decent job of enticing illegal immigrants into the country via his Deferred Action for Childhood Arrivals program. This system allows children under 16 to request a two-year waiting period (subject to renewal) before they are shipped home.

In the midst of the recently exposed Border Patrol warehouses, which confine newly apprehended illegal immigrant children in chain-linked cages, Obama has asked Congress for more than $2 billion to help expedite the children's return home.