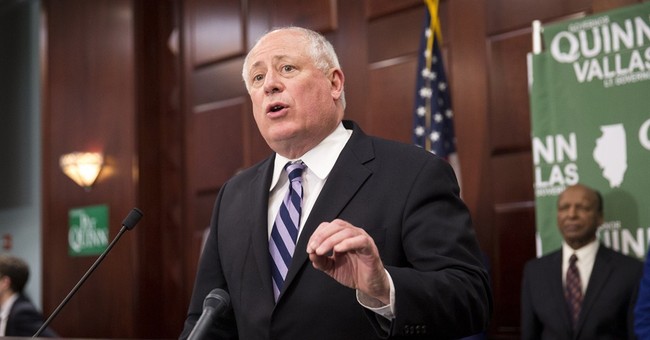 What do you get when you have a mass exodus of residents leaving (or wanting to leave) the state, high tax burdens, unsustainable "pension liabilities,” powerful teacher and labor unions, and a Democratic-controlled state legislature and chief executive? Answer: Five hundred jobs created in nine months (via my colleague Jazz Shaw):

“I am always for the man who wishes to work,” Lincoln once said. Unfortunately for his state of Illinois, that opportunity is elusive.

A report by the Illinois Policy Institute finds that only 500 jobs were created in the state from August 2013 to May 2014, ranking it among the worst in the country over that period. Among Midwestern states, Illinois ranked last, well behind the next closest, South Dakota.

The time period corresponds with the academic year, with IPI noting that there was about one job created for every 300 high school seniors.

That’s abysmal. No wonder a recent Gallup study found that exactly half of all Illinoisans want to get the hell out of there:

Perhaps one economic indicator that a state is experiencing robust job growth -- and an abundance of opportunity -- is that Americans want to move there. Likewise, logic instructs us that the reverse is also true: if residents of (say) Illinois are fleeing in droves, that’s probably an ominous sign.

After all, who wants to stay in -- or move to -- a US state where jobs aren’t being created (see above) and its credit rating keeps getting downgraded?

I certainly wouldn't. Would you?