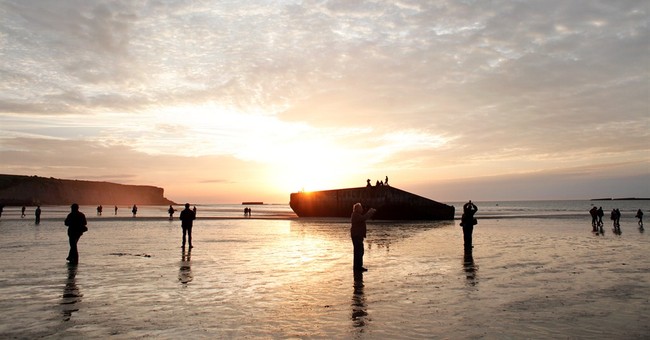 Even in their twilight years, World War II veterans cannot be deterred from paying tribute to their fallen comrades. Take, for example, the curious case of 89-year old Royal Navy veteran Bernard Jordan.

Ostensibly barred from attending the D-Day commemoration ceremonies in Normandy this past week, he decided to take matters into his own hands. In short, last Thursday morning he went out for a stroll and never came back. Nor did he tell anyone where he was going. As it turned out, he was wearing his war medals -- and heading straight to Normandy:

An 89-year-old second world war veteran reported missing from a nursing home has been found in France, marking the anniversary of the D-day landings.

Bernard Jordan, who left The Pines care home in Furze Hill, Hove, wearing his war medals, contacted the home and said his friends were going to make sure he got back safely when the commemorations end.

Sussex Police were called on Thursday evening by nursing home staff who said Jordan had gone out at 10.30am and had not been seen since.

He had gone out wearing a grey mac and a jacket underneath with his war medals on, police said.

It was initially reported that Jordan was banned from leaving the nursing home, which is presumably why he didn’t tell anyone he was leaving. But apparently those rumors were untrue. Either way, one can’t help but admire this veteran’s resourcefulness -- and be grateful that he made it to his destination safely.