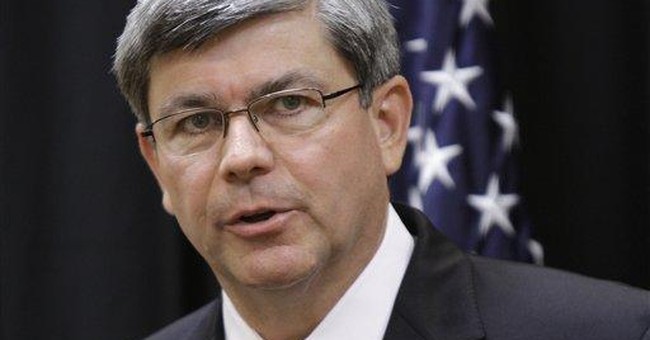 Well, if this isn't a burgeoning political headache for the party of “tolerance” and “inclusiveness,” I don't know what is. An Arkansas Democratic gubernatorial candidate has filed two complaints against state organizations affiliated with the Democratic Party. She claims Arkansas Democrats snubbed her at a dinner by refusing to let her speak, and on a separate occasion, referred to her primary opponent as “the next governor of Arkansas”…as she sat and listened.

So far, Bryant has filed the complaints with the NAACP and the Democratic National Committee. In the complaint, Bryant cites the denial of her request to speak at the upcoming Saline County Jefferson Jackson Dinner.

"Upon further conversation and restating my request to speak, Mr. (George 'Bucky') Ellis [Chairman of the Saline County Democratic Party] told me no, I could not Speak at the Saline County Jefferson Jackson Dinner again," writes Bryant.

Bryant also cites an instance where DPA Chair Vince Insalaco introduced Mike Ross, who is running against Bryant in the primary, as "the next governor of Arkansas" at an event that both candidates were attending.

Bryant concludes her complaint by asking the NAACP and the DNC to get involved in order to ensure a 'fair race.'

The Democratic Party of Arkansas (DPA) released a statement, which you can read here. The DPA claims they never endorse in primaries; but Dr. Bryant’s testimony is evidence she feels they’re not exactly being impartial, either. Of course, I assume her mistreatment has nothing to do with her race or gender, and everything to do with her own party’s eagerness to nominate a candidate other than her. Still, it’s rather ironic that the political party that always accuses Republicans of racism and waging a “war on women” is reportedly slighting an African-American female candidate who has every right to participate in the political process.

Obviously, if she is asking the DNC and the NAACP to get involved this is no laughing matter. She feels as if the system is rigged against her. And that’s wrong, no matter how you slice it.

Engaging in favoritism and shady campaign tactics is always indefensible. After all, Dr. Bryant should at least be afforded the right to make her pitch (and she will get that opportunity, we're told), even if the powers that be don't necessarily want to hear it.