NYT: Say, Biden Sure Looks Like He's Running For President 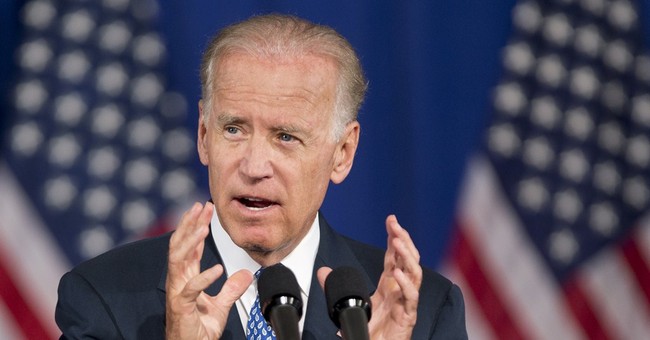 Or at least keeping his options open. The New York Times reports:

Mr. Biden will speak after Mayor Julian Castro of San Antonio, according to a person familiar with the plans. Mr. Biden’s attendance is a sign, Democratic officials here say, that he wants Iowa voters to know he is very much considering another White House bid in 2016. A spokesman for Mr. Biden did not reply to requests for comment.

The gathering, to be held on Sept. 15 at a county fairgrounds south of Des Moines, underscores Mr. Biden’s effort to nurture ties in Iowa, which holds the first presidential nominating contest in the nation, and the other early-voting states. He spoke at a South Carolina Democratic dinner in May and will raise money this month for Gov. Maggie Hassan of New Hampshire.

Mr. Biden has many longtime friends in Iowa, dating to 1988 and the first of his presidential runs. They include Mr. Harkin, a former Senate colleague. Mr. Biden attended the Iowa ball in Washington during the inauguration festivities this year and invited Democratic officials and activists from this state to his residence for a reception.

There’s seemingly no better stepping stone to the presidency than serving as Barack Obama's right-hand man. At the same time, Biden has the experience, visibility and name recognition of serving on two winning presidential tickets -- all good things. But unlike, say, George H.W. Bush in ’92 or even Al Gore in ’00, Biden’s path to his party’s presidential nomination is perhaps a bit more complicated -- and out of his control. That is to say, if Hillary Clinton runs in 2016, polls show pretty convincingly that his chances of beating her are slim indeed. Plus, the media is already laying the groundwork for her widely anticipated bid -- and if and when that happens -- he might decide to step aside.

But I doubt he'd lose much sleep if he does. He’s already said publicly he can “die happy” without serving as the next president of the United States. So if he means what he says, “the best vice president anyone could ever hope for” probably won’t mind spending the rest of his days sipping (non-alcoholic) beverages and relaxing with his family. Hey, there are worse ways to spend one’s golden years, right?