Bernie Sanders: Free Vacation For Everyone 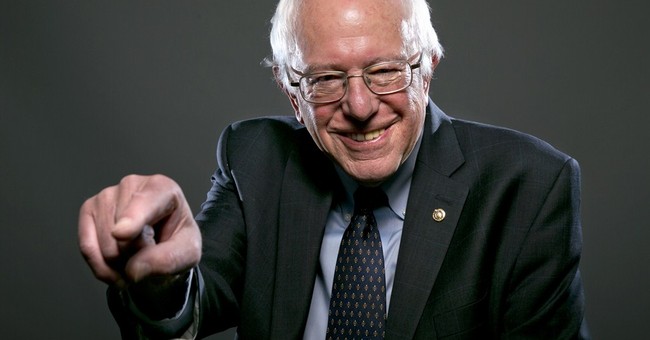 Bernie Sanders has introduced legislation that would take America one large step closer to European social democracy. The bill would require all businesses with 15 or more workers to provide two weeks of paid vacation for all employees that have been employed for over one year. The requirement would even apply for part-time workers who work an average of 24 hours per week.

"This is already done in almost every other major country on earth," said Sanders in remarks on the Senate floor Thursday. "If families are overworked and if husbands and wives do not even have the time to spend together with their kids...at least for two weeks a year, people can come together under a relaxed environment and enjoy the family."

Goodness knows Americans are some of the hardest workers on earth, and hard workers deserve to have time off. But unfortunately, Bernie's tampering with the employer-employee relationship would have the same (unintended) effect as minimum wage hikes: while some would enjoy paid vacations, many others would find themselves out of work altogether, pushed out by hirers whose funds would be diverted to a lucky few. Bernie's bill would raise the cost of hiring and harm the very workers he aims to help.

Of course, Bernie has plans for those workers who get squeezed out of the private sector. He has massive infrastructure-building plans that make FDR look like a fiscal hawk, which would balloon the public sector to unprecedented levels. While the country in fact does need an upgrade in infrastructure (ideally through block grants to the states), Bernie's infrastructure plan — coupled with his grand vision for the nanny state — would require a giant surge in taxes that would drown the capitalistic engine that drives our economy. (And he admits to such a raise in taxes.) Does he really believe private industry will be able to flourish under such tax hikes?

Bernie Sanders aspires for America to be more like Scandinavia. We know where that train leads -- into a fiscal catastrophe, a cradle-to-grave hammock that can only collapse under its own weight after two generations. Social democracy promises personal security and pre-packaged joy, but it would only rob the American soul of the rugged and autonomous quality that has made it a model for the world.