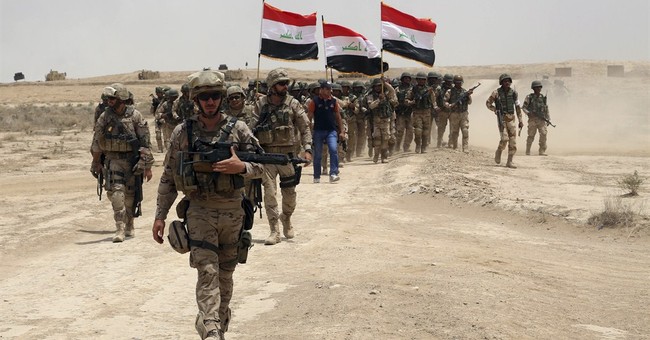 The 450 US troops now being sent to train Iraqi forces will meet a deteriorating situation. The Iraqi military, which has all but disintegrated in the wake of ISIS' victories, remains weak and divided.

According to Jennifer Griffin of Fox News, US troops have not trained any Sunni soldiers since training efforts began in January of this year. About one-quarter of the trained soldiers are Kurds, while the rest are Shia. The lack of Sunni training and integration into the Iraqi military only reinforces the appearance of partisanship on the part of the US. ISIS has already won the allegiance of a number of vital Sunni tribes in Iraq, and consequently, the fight against ISIS is taking on the pattern of a war against Sunni power.

The US has spent a total of $404.5 million to train Iraqi troops this year. Before the ascendance of ISIS, the US had spent billions in training and equipping Iraqi soldiers — only to see the Iraqi military crumble under the ISIS threat.