Republican Rep Sounds off on Security Screenings: Pelosi Is Trying to Paint Us as the 'Enemy Within' 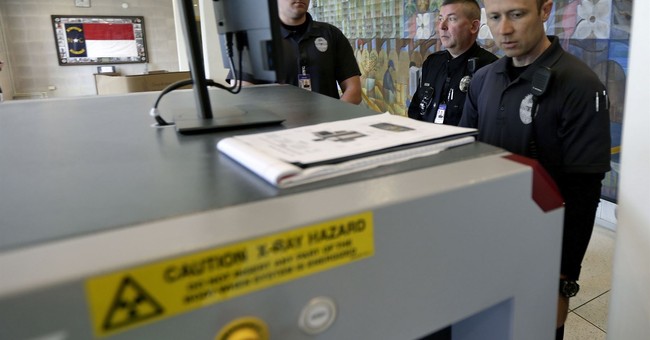 Rep. Andrew Clyde (R-GA) is among the members of Congress who received a $5,000 fine for circumventing the metal detectors on the House floor. He didn't comply because, as he explained in a Fox News interview on Monday, he believes it's unconstitutional.

Article 1, Section 6 of the Constitution reads that members of Congress can't be impeded from going on the House floor to vote, Clyde noted. He pledged to appeal the fine in court.

House Speaker Nancy Pelosi is being called a hypocrite because multiple witnesses reportedly saw her shirking the same security checkpoints.

"If I am, then I think she should too," Clyde said of the paying the fine. "What's good for Republicans is good for Democrats."

"Nancy Pelosi has been driving the narrative, at least for a couple weeks now, that Republicans are the enemy within," he said. "And that's wrong. That's absolutely wrong."

In fact, he said, it was Republicans who helped defend the chamber from the rioters, standing with Capitol Police to barricade the doors.

"What we're doing here is totally unconstitutional and she won't even live by her own rules," Mace said.

If Speaker Pelosi bypassed her own metal detectors to get onto the House floor, then she needs to pay up.

Democrats may operate under a “rules for thee but not for me” attitude, but the American people don't and neither should Congress. pic.twitter.com/kRRY6fjjSy

Pelosi has been accused of being a hypocrite at least a few times already over the past year. For instance, while the COVID-19 pandemic had shuttered most of San Francisco, Pelosi was caught on camera getting her hair done in a hair salon, maskless.