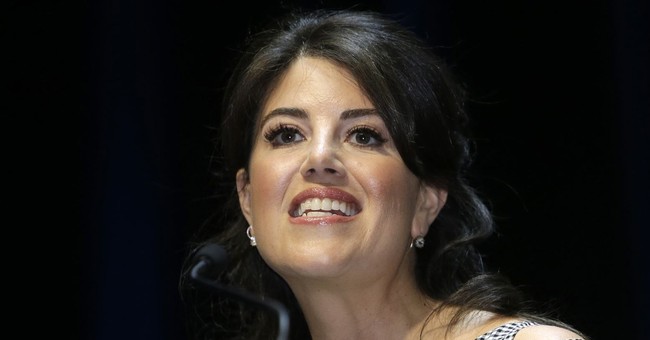 Last week, former President Bill Clinton told NBC he doesn't owe Monica Lewinsky an apology for the way he handled their 1990s White House affair. He explained that that chapter was closed because he had already publicly apologized. He was criticized for the insensitive response - made in the era of "Me Too," I might add - before walking it back.

Clinton wasn't only condemned for saying he didn't owe Lewinsky an apology, but for claiming to be the victim in the scandal.

"Nobody believes that I got out of that for free,” he said. “I left the White House $16 million in debt.”

On Sunday, another figure from the 1990s scandal, former independent counsel Kenneth Starr, said he doesn't owe Lewinsky an apology. During his investigation of President Clinton, Starr reportedly bullied Lewinsky for information.

Starr's team of investigators "had hustled me into a hotel room near the Pentagon and informed me that unless I cooperated with them I could face 27 years in prison," Lewinsky wrote in a piece for Vanity Fair last year. She also recalled that Starr had threatened members of her family. She was owed an apology, she said, because Starr had turned her 24-year-old life into a "living hell."

"Monica - and I wish her all the best - her life has been disrupted," Starr said on CBS' 'Face the Nation' Sunday. "But the evidence is the evidence, and she was part, as we saw it, of an effort to obstruct justice and to commit perjury."

With all the headlines the Clinton-Lewinsky scandal have been making again lately, a new poll was taken to gauge what Americans think of the former president. In the Rasmussen Reports survey, 53 percent describe the 42nd president as a sexual predator. Another 24 percent were undecided and only 24 percent considered Clinton a victim of his political opponents.