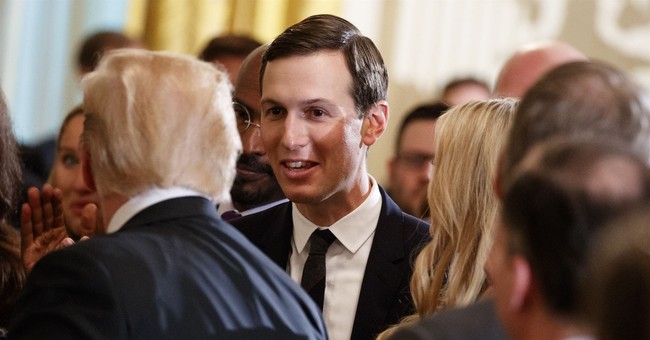 CNN's Van Jones, who is president and co-founder of #cut50, a criminal justice reform advocacy group, emerged from his trip to the White House this week with high hopes that he and President Trump could help enact meaningful prison reform. It didn't take long for the bipartisan effort to come to fruition. On Tuesday, the House passed the FIRST STEP Act easily with a vote of 360-59.

"This was a massive victory for common sense," Jones said after the vote. "We finally have broken the logjam and ended the gridlock on this issue. Let's get something done in the Senate, then come back for more next year."

The legislation, introduced by Reps. Doug Collins (R-GA) and Hakeem Jeffries (D-NY), intends to help prisoners reenter into society and slow the recidivism rate. It includes rehabilitation programs for prisoners, offering them "earned time credit" that could lead to an early release as an incentive. Jared Kushner, Trump's senior advisor and son-in-law, had taken the lead on the successful effort.

Jones admits to being as far as left as any liberal, but he could not help but praise the president and his team for taking a "tough" stance on the issue. Other Democrats, though, are skeptical because they don't believe the FIRST STEP Act goes far enough, according to The Hill.

“It is unfortunate that after waiting nearly 1 and a half years to take up the issue of criminal justice reform, the majority was unwilling to subject H.R. 5682 to a single legislative hearing, or even bother to obtain a [Congressional Budget Office] score so we could understand its impact,” Rep. Jerrold Nadler (D-N.Y.) said.

The Republicans author of the bill pushed back at Nadler's narrative.

"Is it okay to say no" to a family who has a loved one in prison "who could get treatment and get help?" Collins asked.

The FIRST STEP Act faces an uncertain fate in the Senate.