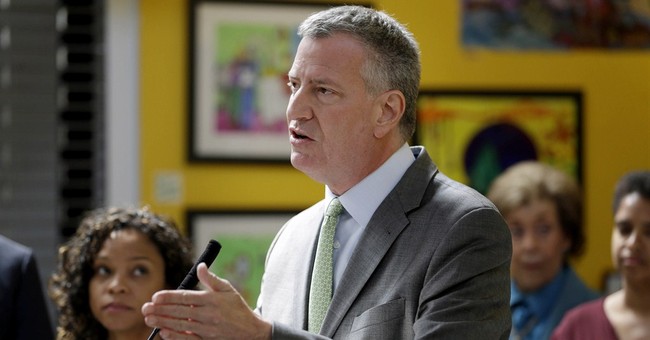 Gov. Andrew Cuomo (D-NY) recently proposed the Parental Choice in Education Act as a way to provide more opportunity for parents in choosing which schools would be the best fit for their children. The legislation would use $70 million in taxpayer money to create an education tax credit for families making $60,000 or less. Parents who qualify could receive up to $500 in a tax credit or refund for each student attending a private school. Among other benefits, it would also encourage more private school scholarships.

"This is about fairness and this is about parents choosing the school that is right for their children," Cuomo said on Sunday, as he promoted the idea in four churches in New York City. "We must reward donations to support public schools, give tax credits to teachers who pay for classroom supplies out of pocket, and ease the financial burden on families who exercise choice in sending their children to a nonpublic school."

Cuomo said his administration’s goal is to raise the cap of charter schools from 460 to 560.

However, a new report all but proves this is a far fetched goal and that school choice is non-existent in New York. Fifteen charter school applicants who applied to operate in the state have just found out they’ve all been

The State Education Department tried to justify the rejections, simply stating that none of the schools met their standards.

“We always look for quality and these applications didn’t measure up,” Education Department spokesman Dennis Tompkins said Wednesday. “We invited several of the applicants to reapply in June and we gave them suggestions on how to improve their applications.”

Yet, others argue these denials do little more than defend the interests of teachers unions. Jeremiah Kittredge, CEO of the pro-charter group Families for Excellent Schools, said as much.

“The timing and nature of these blanket rejections should raise serious concerns for New Yorkers.”

“The last thing parents would want to see is the politics of the moment standing in the way of opening more high-quality public charter schools for students,” Kittredge said. “Solving New York’s failing-schools crisis requires both that independent authorizers move swiftly to open strong charter schools and Albany to eliminate the charter cap.”

The prevalence of charter schools has been a constant point of contention between the governor and New York City Mayor Bill de Blasio. While Cuomo has actually tried to take power from teachers’ unions and put it into parents’ hands, De Blasio has made it clear he’s the unions’ champion. What's more, his administration has insisted there’s no need to raise the cap.

There is some good news for the rejected charter school applicants. All 15 will have a second chance to apply come June 23, when the current legislative session ends.

This is one fight I hope Gov. Cuomo wins, for parents' sake.