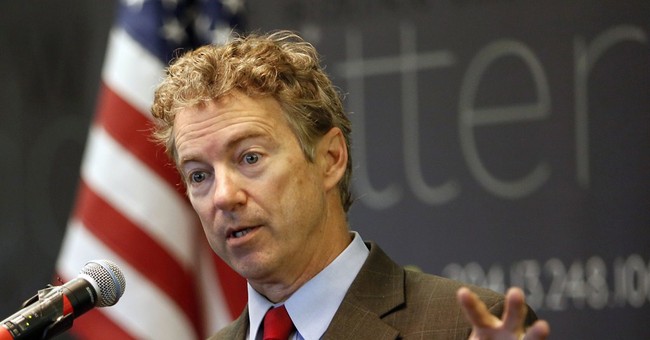 Backlash over the Religious Freedom and Restoration Act that Gov. Mike Pence (R-IN) signed into law last week has stretched way past Indiana's borders. Liberals who insist on 'tolerance' proved that acceptance ends when it comes to religious liberty - especially when it comes to small pizza shop owners just trying to stay true to their beliefs. Even more freedom-loving Americans were disappointed, however, when leading conservatives failed to speak up on behalf of the important legislation.

Enter The Pulse. The Pulse is a 2016 election resource that provides readers with information about where the potential candidates stand on important issues. They've now produced a score card for the frontrunners in regards to their defense (or lack thereof) of RFRA.

Let's start with those who fared best. Former Arkansas Governor Mike Huckabee was listed at the top as the bill's most impressive freedom fighter. He was awarded an A-plus for his bold efforts.

Huckabee has been one of religious liberty’s fiercest advocates, calling out Hillary Clinton and Barack Obama for their hypocrisy on the issue, as well as the grotesque hypocrisy of corporations oh-so-courageously attacking Indiana while doing business “in cultures and countries where human rights are really an issue,” like the Middle East. He has been strong, eloquent, and unafraid.

Lost in the middle were the likes of Chris Christie, Carly Fiorina and Ben Carson, whose attempts to defend RFRA fell flat.

Coming in at the bottom, however, were Scott Walker, Rick Perry and Rand Paul, who got straight Fs. Here's why the governor of Wisconsin received such a poor grade.

Walker refused to defend the Indiana law, or state RFRAs in general, and then his spokesman tried to pawn off a vague religious liberty reference as a response to Indiana.

The Pulse also criticized Perry and Paul for remaining silent while gay rights groups bullied the people of Indiana who dared to agree with the bill, instead having their spokesmen offer generic statements about supporting religious freedom.

Sending a proxy isn't good enough. Until these conservative candidates use their far reaching voices to defend religious freedom, they're not going to like their report cards. For more details about why each conservative received the grade they did, check out the full score card.