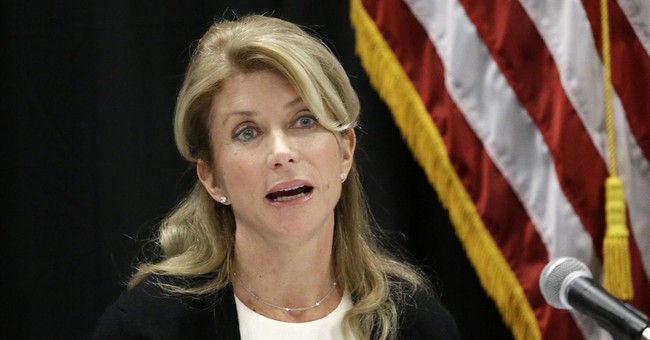 After her self-destructive gubernatorial campaign in Texas that left her with a 20-point defeat to Attorney General Greg Abbott (R-TX), you’d think that Wendy Davis would regret throwing her hat in the ring. Not Davis – her only do over, she insisted, would be to oppose open carry of firearms.

In her first sit-down interview since her defeat in November, Davis told the San-Antonio Express News that she regrets voicing support for open carry during the campaign:

"There is one thing that I would do differently in that campaign, and it relates to the position that I took on open carry. I made a quick decision on that with a very short conversation with my team and it wasn't really in keeping with what I think is the correct position on that issue."

Does Davis think a change of heart would have helped her in the election? Considering Texans have long defended their Second Amendment rights, her anti-gun agenda only would have extended that 20-point deficit.

Davis entered the election after her now (in)famous filibuster in which she tried to stop a ban on abortions after 20 weeks. Although she initially had momentum going into the race, with pro-abortion advocates sending her buckets of money, her campaign fizzled out after a slew of gaffes.

Perhaps Davis is speaking out about open carry now because such legislation will be debated in the Texas legislature next month. The new governor has already pledged to sign it into law should it reach his pen. Should he do so, he will reverse a 140-year old ban in the Lone Star State.