Awkward: Landrieu is Fighting to Get Her Republican Opponent's Bill Passed 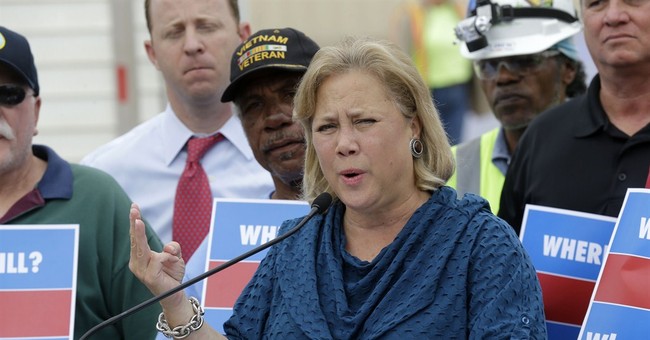 Sen. Mary Landrieu (D-LA) faces a tough opponent in Louisiana’s runoff election next month. The long serving Democrat failed to get above 50 percent of the vote in last week’s midterm election, which forced the campaign to extend into December. Her GOP opponent Bill Cassidy is expected to cross the finish line with the votes former Tea Party candidate Rob Maness received. Some Democrats even seem to be accepting this reality. The DSCC, for instance, pulled ads for her campaign immediately after the election.

Landrieu, however, is not giving up easily. She is hoping to earn some support in Louisiana by urging Congress to vote on the Keystone XL pipeline – a bill that would greatly benefit her constituents. The only problem? That bill was sponsored by Cassidy – the very person running to unseat her.

“That’s a way to get him! Get his bill passed.”

Keystone or no Keystone, Landrieu doesn’t seem to have a prayer.