Sen. Landrieu Wants You to Forget When She Called The Border Fence ‘Dumb’ 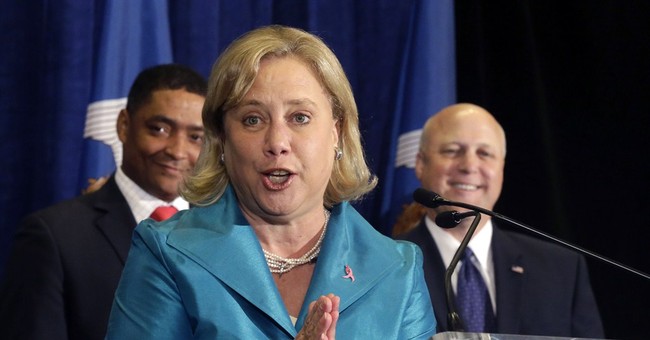 At Wednesday’s debate at Louisiana State University, Sen. Mary Landrieu (D-LA) seemed like she was 100 percent behind a border fence:

“I support a strong border and have for many years as chair of the Homeland Security Committee. I’ve increased the number of border agents from 15,000 to 20,000 and joined John McCain, a friend of my opponent here, in passing a comprehensive immigration bill to double it from 20,000 to 40,000. I also support a fence, 700 miles long that can tell the difference between whether a deer crosses or a person so we can allocate our resources effectively. So these attacks that I’m not for a secure border are absolutely false.”

Now, the Republican National Committee is calling her bluff. In June of last year, Landrieu was singing a very different tune:

“I voted for the dumb fence once,” she said at the time. “I’m not going to do it again because I learned my mistake when I went down there to look at it and realized that we could build two dumb fences or three dumb fences, and it’s not working. So I am simply not going to waste the money to do something that I know will not work.”

To emphasize her stunning case of hypocrisy, she even put out a TV ad accusing her opponent of being too soft on border security. Over at Hot Air, Guy surmised that since her campaign did not publicize the ad spot to the media and only aired it in Louisiana, she was trying to put on a different, more conservative face for Louisianans than in Washington.

Sorry Senator Landrieu, you’re not fooling anyone with that mask - even on Halloween.