Is Fourth Time the Charm for Asa Hutchinson? 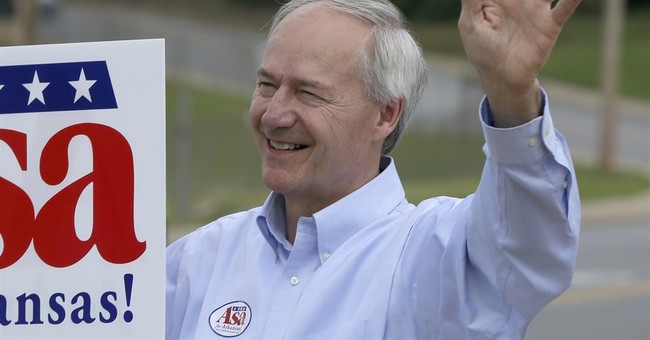 In 1986, Asa Hutchinson launched his first statewide campaign in Arkansas. Three losses and 28 years later, the Republican may finally win the keys to the governor’s mansion.

Hutchinson, a former member of the House of Representatives, is currently ahead by six points over Democrat Mike Ross. One advantage for the Republican? He has no lack of experience on the campaign trail. Hutchinson’s resume includes a run for the Senate in 1986, attorney general in 1990 and governor in 2006. Now, with his second try for governor, the Republican has a solid lead over Democrat Mike Ross. Observers and supporters say it’s about time:

"It's certainly looking like a magical hour for him finally," said Janine Parry, a political scientist at the University of Arkansas.

Hutchinson’s lead is in part due to the causes he has chosen to pursue. For instance, he has pushed for computer science courses in all high schools across the state in an effective campaign ad that featured his granddaughter. Meanwhile, Ross’s campaign has focused on equal pay for men and women. Hutchinson

“The most recent Talk Business/Hendrix poll shows that our campaign has a lead among women and that’s because we are focused on issues like job creation, improving education and strengthening public safety.”

This time, slow and steady may indeed win the race.