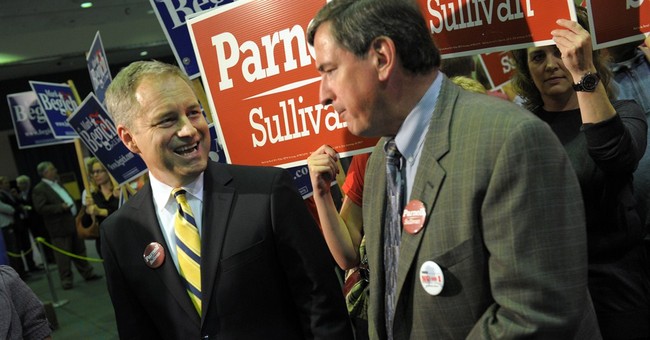 Incumbent Democrat Mark Begich is facing a rather worthy GOP opponent in Dan Sullivan. Two new polls reveal that the Republican is pulling away from Begich in the race for the Alaska Senate.

The latest Rasmussen Reports statewide telephone survey found Sullivan with 48 percent of the vote to Begich’s 43 percent. The GOP-led firm the Dittman Research also has the Republican ahead, this time with a six-point margin: 49 percent to 43 percent.

Dittman may be partisan, but in the past it has proven to be awfully accurate. It correctly predicted both last year’s Alaska GOP Senate primary, as well as Sen. Lisa Murkowski’s (R) write-in victory in 2010, The Hill points out.

Sullivan’s lead may in part be explained by his effective ads slamming Begich for his absenteeism in Congress.