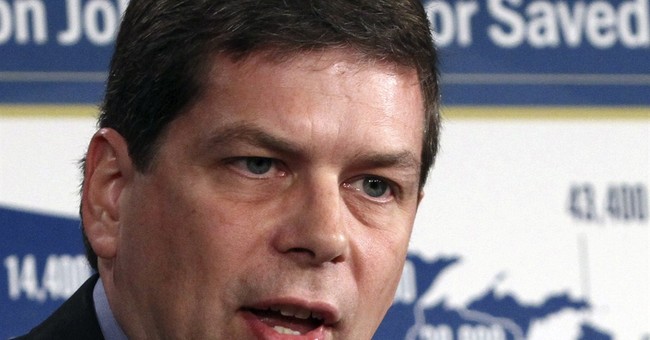 Opponents of Alaska Senator Mark Begich have criticized him for being a no show in Congress. Last year, Begich missed more votes than 80 percent of all senators. His GOP opponent Dan Sullivan now has more ammunition to target the senator’s absenteeism. In an infographic on his Facebook page, the Republican accused Begich of being an “ineffective lawmaker” for only passing one bill in Congress during his first term. Politifact graded Sullivan’s charge as “half true.” Although Begich has originated only one bill, Politifact points out that Begich has co-sponsored almost 40 bills. A politician’s legislative success isn’t exactly a defining marker of his or her effectiveness in Congress, however, and for what it's worth, Begich has since sponsored more bills since Sullivan's Facebook message posted.

Yet, that doesn’t mean Sullivan doesn’t have an effective strategy in this race. After all, it’s not exactly a matter of boasting for Begich to have just one bill to his name in his first term - and that was the naming of a building.

Our poll tracker currently shows Sullivan with a two-point lead over Begich. Keep checking back for more updates as they arrive.