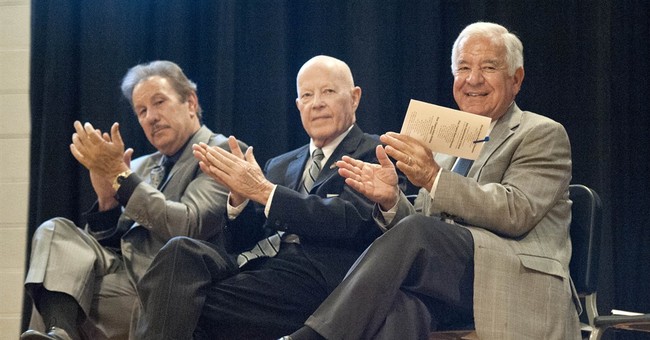 “Privilege” is a word that’s been tossed around a lot lately. But if you’re wondering about its origin, look no further than Peggy McIntosh, a women’s studies scholar at Wellesley College. Before Princeton freshman Tal Fortgang “Checked His Privilege” at the suggestion of his university professors, McIntosh wrote a paper in 1988 entitled “White Privilege and Male Privilege: A Personal Account of Coming to See Correspondences Through Work in Women’s Studies.” That insightful piece contained forty-six examples of white privilege. Where are all the environmentalists protesting all the wasted paper on that one? For more of a waste of time and effort, The New Yorker interviewed McIntosh to analyze the term ‘privilege’ once more:

How did people respond? Well, at first, the most common responses were from white people. Their most common response was “I never thought about this before.” After a couple of years, that was accompanied by “You changed my life.” From people of color, from the beginning, it was “You showed me I’m not crazy.” And if they said more than that it was along the lines of “I knew there was something out there working against me.”

BuzzFeed, not one to be left out of the latest fads, recently created a “How Privileged Are You?” quiz. I took it – and it turns out I’m ‘Quite Privileged.’ Here’s how the quiz defined me:

My ‘privileged’ score perhaps would have been even higher had I checked, “I have never been the only person of my race in a room” or “I am a man.”

This is nonsense. White men, the so called ‘privileged’ ones, work just as hard as anyone else. Try telling an Ivy League student who worked his butt off for eight years to get accepted, and then another four years of studying that he simply received his diploma because of his social status. At least students like Tal Fortgang are speaking up. I hope more will do the same.

McIntosh’s unfortunate 15 minutes of privileged fame aren’t quite over yet. She is using all this new talk about privilege to give speeches about privilege to groups at the American Society for Engineering Education, the House of Bishops of the Episcopal Church, the Ontario Nurses Association, and NASA’s Goddard Space Center.