We Will Never Know If Hillary Broke Email Law 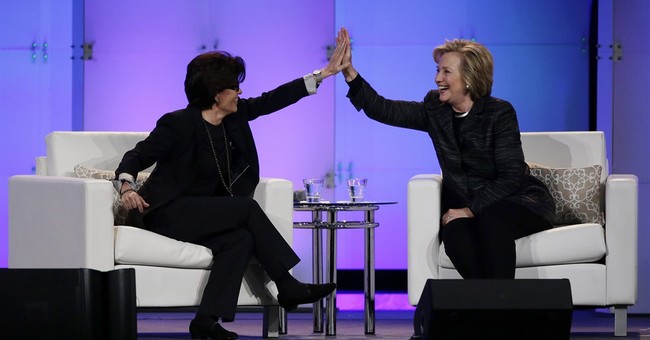 Hillary Clinton no doubt violated the spirit of the law when she set up her own private email server from her residence in Chappaqua, New York, to conduct official State Department business.

That is why Congress passed, and President Obama signed, an amendment to the Federal Records Act in 2014, that requires all federal officials who use private email accounts to conduct official business to forward those private emails to their government account within 20 days.

But when Clinton was Secretary of State that 20-day time limit did not exist.

She was, and is, still required by law to send all personal emails relating to official government business to the State Department for safe-keeping, but she is under no legal obligation to do so within a given timeframe and there is no way to verify if she has truly identified every relevant email.

Now, if it is ever revealed that Clinton did keep private emails conducting official business from the State Department, then she will be guilty of a felony.

But that would require a third party gaining access to all of her personal emails.

House Benghazi Committee Chairman Trey Gowdy (R-SC) is reportedly trying to get Clinton to agree to let a neutral third party (like a federal judge or the State Department Inspector General) review Clinton's server, but Clinton is under no legal obligation to agree to such a deal.

“It’s somewhat ridiculous that we are trusting the decisions of private citizens hired by this person to preserve the country’s records,” John Wonderlich, policy director of the Sunlight Foundation, a government transparency nonprofit, told BuzzFeed.

But, unless Clinton agrees to give her server to a third party, that is exactly the situation we are facing.