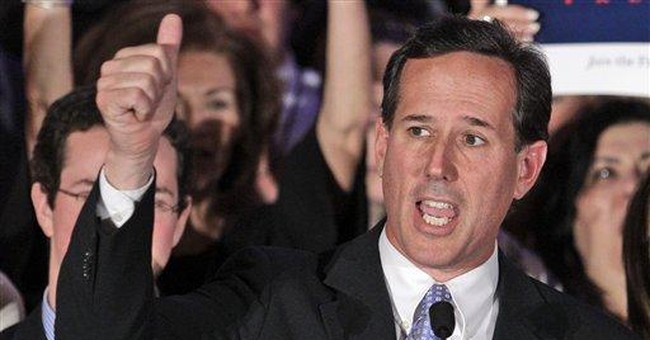 Townhall Magazine's May issue is hitting subscriber mailbox's now! If you want to get the latest original content from Townhall's conservative talent weeks before it goes online, subscribe here now!

Below is an excerpt from this month's exclusive interview with former-Sen. Rick Santorum (R-PA) about his new book, "Blue Collar Conservatives: Recommitting to an America That Works."

Carroll: Why did you write “Blue Collar Conservatives”?

I felt that we needed to have a message that’s not ‘cut taxes for high income people and employers and then cut benefits for people that receive some sort of government benefit and balance the budget.’ That message doesn’t speak to anybody who is either an employee or is receiving government benefits. So what do we have for them? What ideas are we going to have to create a better and stronger opportunity for them to be able to get jobs that are family sustaining, that are stable and secure?

I think most folks understand, no matter what income level you are, that those policies are not going to make you happy and are not a long-term successful strategy.

But it is better than nothing. And that is what Republicans have been offering: nothing. We need to offer something for those of us who are average working Americans...

You can read the whole interview in Townhall Magazine's May issue.