Half Of British Down Syndrome Abortions Unreported 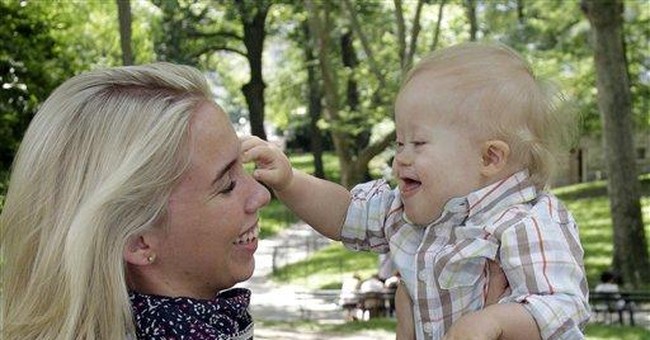 The numbers were similar in 2011 – while the Department of Health only reported 410 Down’s abortions, 937 terminations actually took place.

Numerous Down’s abortions are being recorded as “social” abortions – a category that constitutes most of the terminations in Great Britain.

One of the most gruesome elements to this report is that 11 of the unreported abortions were performed after 24 weeks of pregnancy. In another 107 cases, the gestation was not even known.

“This story highlights in a very stark way the total disregard for human life that exists once abortion becomes legal. Abortion is legal in Britain, up to birth, in situations where a baby is diagnosed with Down’s Syndrome.

It is rank hypocrisy for Governments that tolerate such laws to be parading themselves as defenders of human rights while at the same time justifying the killing of unborn children with special needs instead of creating a more welcoming society for children and families in these situations.

It it (sic) a truly shameful indictment of the law that 92% of babies with Down’s are aborted in Britain. That the figures have been under-recorded highlights the fact that the abortion industry seeks to understate the number of eugenic and late-term abortions.” Doctors are clearly at fault, says Tory MP Fiona Bruce, chairman of the recent independent parliamentary inquiry into abortion for disability. They are responsible for this atrocity by failing to keep accurate records to report to the Department of Health.

In Britain, the Abortion Act made abortions legal until birth. Imagine this – a mother can choose to abort her healthy baby, only moments before he emerges into the world, and it is not considered murder. The fact that abortions are so available to women is a probable contributor to the high amount of Down’s terminations.

It’s extremely disheartening that so many parents choose to abort their baby merely because of a Down’s diagnosis, especially when there are so many stories of Down’s children and adults who bring so much joy to their loved ones. A simple Google search of “Down’s Syndrome stories” more than proves this fact. There is much work to be done to prove to British parents that their Down’s babies, and all babies, are deserving of life no matter their medical condition.