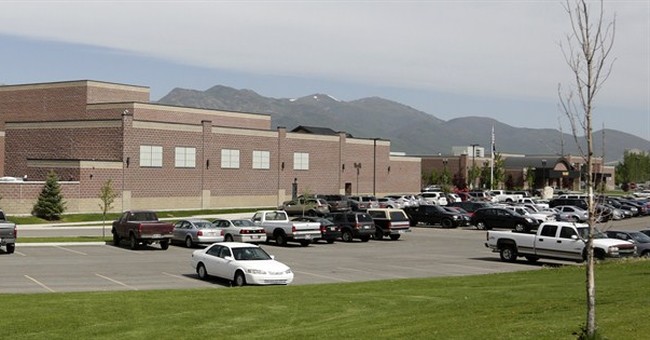 It's that time of year again: school is ending, graduation season is upon us, and yearbooks are being distributed. While it's hardly uncommon to look back at one's yearbook and cringe, an image from one yearbook has gone viral. In it, a says that if she had founded America she would have ended "women sufferage"[sic].

Suffrage, of course, is the right to vote. "Sufferage" is not a word. While women in colonial America certainly had fewer rights than they do right now, I think that most would agree that ending women's suffrage would be a backwards step. Now, I'm not going to use this quote to vilify the American education system, but I will say that it's astounding that this made it through rounds of editing and into the final product. One would think/hope that at least someone would have spoken up.

The image was initially posted to the hosting site Imgur, where it received nearly 400,000 views in a matter of hours.