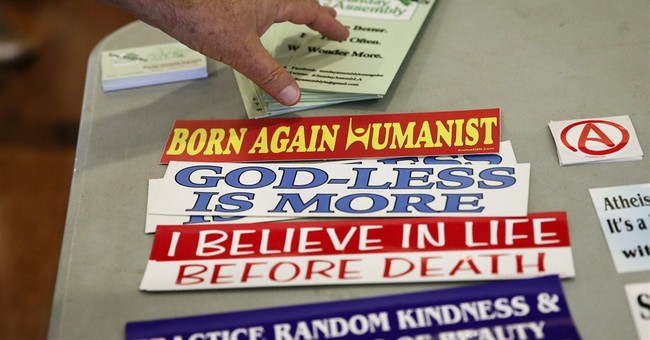 In a bit of odd news coming out of Madison, an ordinance was passed that protects atheists and people lacking religious beliefs from discrimination. Atheists and non-religious are now given the same protection against discrimination as religious people.

In what is believed to be the first statute of its kind in the United States, Madison banned discrimination against the non-religious on April 1, giving them the same protections afforded to people based on their race, sexual orientation and religion, among other reasons.

It's hardly surprising that such a statute would originate in Madison, an island of liberalism in a conservative-leaning state and the home of the Freedom from Religion Foundation. But the ordinance's author, Anita Weier, said it didn't arise from an actual complaint about alleged discrimination based on a lack of religious faith.

At what point does an ordinance become so broad that it effectively renders itself useless? Also, does this indicate that a lack of belief is considered to be a system of belief?