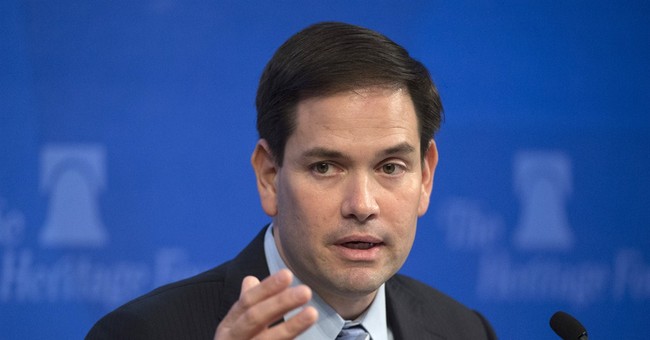 Sen. Marco Rubio (R-FL) wants you to know a few things: he's an American, he's a conservative, he's a Roman Catholic, and he's not a twin.

In a new campaign ad, Rubio answers some of the most commonly Googled questions about himself, including, bizarrely, if he has a twin.

I thought this was a cute way for the candidate to communicate in a clear-as-day format some of his basic beliefs and fun facts about himself. There have been

Rubio has a bit of an uphill battle in the polls (although, seriously, it's April of 2015 why are we even doing polls gah everything is terrible), he's got lots of potential. Showing his everyday normal human side, especially in contrast to Hillary Clinton's clunky attempts to communicate with the proletariat (zomg SHE WENT TO CHIPOTLE!!1!!11! She's JUST like us!) is definitely a good thing.