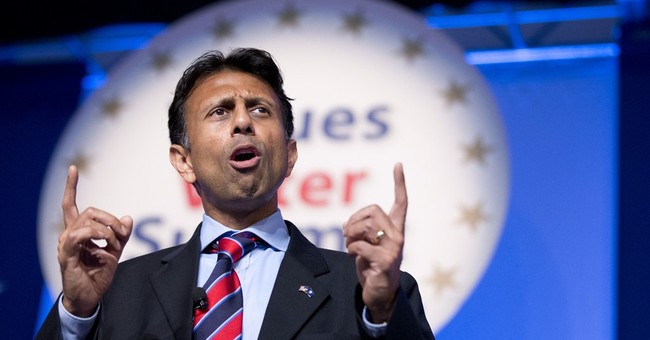 Louisiana Governor Bobby Jindal (R) hasn't ruled out a 2016 run at the White House, but told Chuck Todd on this morning's Meet the Press that he's "praying about it" and will have a decision in early 2015. Jindal also defended the reforms he has implemented in Louisiana as well as explaining why he declined to expand Medicaid in the state.

As governor, Jindal has implemented statewide school choice and sued the federal government over Common Core, the highly unpopular and controversial government initiative. A couple of the benefits of Jindal's school choice program include more course options for students and an expansion of vouchers for private schools. School choice is favored by many Americans as it puts education in the hands of the parents, not bureaucrats.

Jindal's speech at Liberty University last spring was viewed by many as an effort to make himself attractive to evangelical Christian voters leading up to a 2016 run. Jindal was raised Hindu, but converted to Catholicism as a young adult.

Will Jindal run? Only he knows, and he's not telling--yet.

Matt Vespa
Ballots in Pennsylvania Were Found in the Trash. They Were All Votes for Trump.
Katie Pavlich
Daily Caller Reporters Swept Up In Mass Arrests After Two Officers Were Shot In Louisville
Julio Rosas
Did Jerry Nadler Have An Accident on Live TV?
Matt Vespa
Tammy Bruce Explains Why Clinton's 'Intimate' Dinner with Ghislaine Maxwell Was Ignored