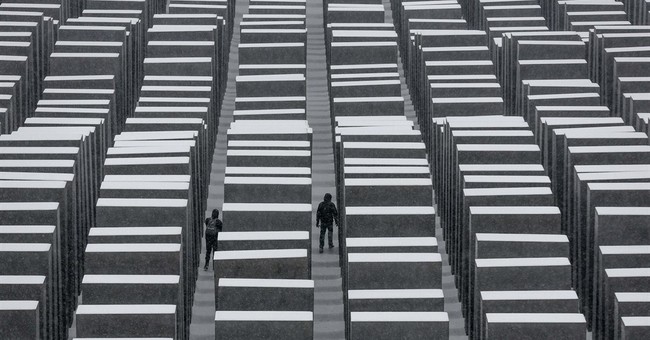 Earlier this year, eighth graders enrolled in the Rialto Unified School District in Rialto, California were assigned a rather questionable essay assignment: Did the Holocaust happen, or was it "merely a political scheme created to influence public emotion and gain wealth[?]" The district immediately apologized for the assignment once it came to light, and initially claimed that no students wrote that the Holocaust was a hoax. That allegation was wrong, as the San Bernadino County Sun newspaper discovered that over 50 students expressed doubt that the Holocaust happened in their essays, and were given high marks for their views.

“I believe the event was fake, according to source 2 the event was exhaggerated,” one student wrote. (Students’ and teachers’ original spelling and grammar are retained throughout this story.) “I felt that was strong enogh evidence to persuade me the event was a hoax.”

In some cases, students earned high marks and praise for arguing the Holocaust never occurred, with teachers praising their well-reasoned arguments:

“you did well using the evidence to support your claim,” the above student’s teacher wrote on his assignment.

The student received a grade of 23 points out of 30, with points marked off for not addressing counterclaims, capitalization and punctuation errors.

Students were given documents from About.com and History.com in addition to pieces of information from a Holocaust denial site. In one, the Diary of Anne Frank was presented as a hoax.

Administrators claim that the prompt was an exercise to improve critical thinking skills.

This is disturbing. There are plenty of ways to improve critical thinking and writing skills without having to wade in the territory of Holocaust denial. This assignment never should have been allowed in the first place. Teaching children conspiracy theories does nothing to help them educationally—and from the looks of the essays posted by the Sun, those students need all the help they can get.