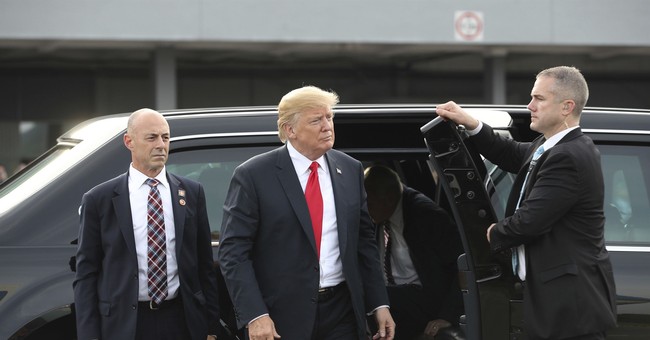 Tuesday’s historic summit between Donald Trump and Kim Jong Un was a major step forward for peace on the Korean peninsula. Although the possibility of future conflict or tensions breaking out between the U.S. and North Korea has by no means been completely eliminated, the denuclearization and de-escalation agreement that both parties reached marks important progress towards that goal.

And yet, not everyone thought we would get this far. Plenty of analysts were doubtful that Trump and his foreign policy team could bring North Korea to the negotiating table by using credible threats of military action, let alone get Kim into the same room as Trump to hash things out peacefully. That kind of healthy skepticism is and was not a problem in and of itself, as North Korea never really had to face such threats from Trump’s predecessors in the past couple decades, thus making the Kim regime’s response to this new strategy far less predictable.

But some people just could not stick to a reasonable evaluation of Trump’s policies. In fact, over the past year or so, liberal media pundits used Trump’s more aggressive rhetorical approach towards nuclear diplomacy to speculate wildly about him going literally insane and killing millions of Koreans, potentially in response to a mere personal insult from Kim.

Unsurprisingly, this kind of irresponsible coverage sprouted up quite frequently at MSNBC, particularly on shows like “Morning Joe.” In one particularly egregious example from October 2017, co-host Joe Scarborough characterized Trump as a “clear and present danger” to the United States for whom “all the warning signs are there” that he might cause a nuclear catastrophe where hundreds of thousands or even millions of Americans could be “slaughtered.” Frequent “Morning Joe” panelist Elise Jordan concurred with Scarborough, worrying about the possibly of a “nuclear holocaust” deliberately initiated by Trump to shore up his political base at home [transcript from NewsBusters]:

[A]nd this is what has concerned me all along. I've worried about how Donald Trump would behave when given the power of nuclear weapons, and a nuclear arsenal. He has been fascinated for decades with nuclear weapons, and he has, thinks that he could be the great negotiator about nuclear weapons. And though we had all this non-interventionist talk during the Republican primary, we've seen that it's basically hollow and shallow and meaningless. And I think he would have no compunction about going to war if it served a political purpose. He's shown himself to be completely craven when it comes to using the oval office for his own political means.

MSNBC host Katy Tur and New York Times columnist Nick Kristof reached a similar conclusion in early November when Tur wondered aloud about whether Trump would start a “nuclear war” with North Korea just to raise his approval ratings at home. For his part, Kristof thought that this was indeed a serious possibility.

Later that month, Scarborough used his platform on MSNBC to claim that Trump was “mentally unfit” to be president and was suffering from the “early stages of dementia,” all according to some unnamed source “close to” Trump “during the campaign.” Scarborough used this assertion to speculate that “a mentally unstable president in the White House” could cause a “nuclear showdown” on the Korean peninsula. Scarborough was none too happy when White House Physician Ronny Jackson publicly debunked Joe’s dementia claims earlier this January. In fact, Scarborough was so incensed by Jackson giving a clean bill of both mental and physical health to Trump that he called the doctor a “shameful” man, a “sycophant,” and a “political hack.”

In March, during a discussion on his morning show with Rep. Joaquin Castro (D-TX), Scarborough once again voiced his claims that Trump could cause a nuclear apocalypse:

SCARBOROUGH: Congressman, let's first start by asking you your reaction to John Bolton's appointment and what it means for the United States foreign policy.

REP. CASTRO: I think it affirms to me the idea Joe that if diplomacy fails with North Korea this administration and this president have a desire to go to war with North Korea, and I don’t say that lightly.

I mean based on everything that I've seen in classified and, of course, unclassified settings, I believe that this president basically wants to go to war with North Korea and the appointment of Ambassador Bolton, to me, is an affirmation of that.

SCARBOROUGH: What's the -- what's the impact -- let's say the United States attacks -- bombs unilaterally North Korea the way John Bolton has said he wants the United States to do? Based on unclassified material that you've seen in your committees and in Congress how many deaths does that lead to, not only of South Koreans but also of Americans in that region?

CASTRO: You're talking about a minimum of hundreds of thousands of people dead if not millions of people. That's what's at stake here.

However, just a few months later, instead of seeing millions of Americans and Koreans dead in the wake of nuclear Armageddon, we have the beginnings of a peace deal and a real reason for hope.

Undoubtedly, there is still much work to be done to ensure stability in the region and the United States will probably have to keep close surveillance on the North Korean regime for the foreseeable future to ensure that it lives up to its denuclearization promises (regardless of whatever final deal is reached). But for the moment, Americans can breathe easier knowing that substantial positive developments have been made. And that’s definitely something worth celebrating.