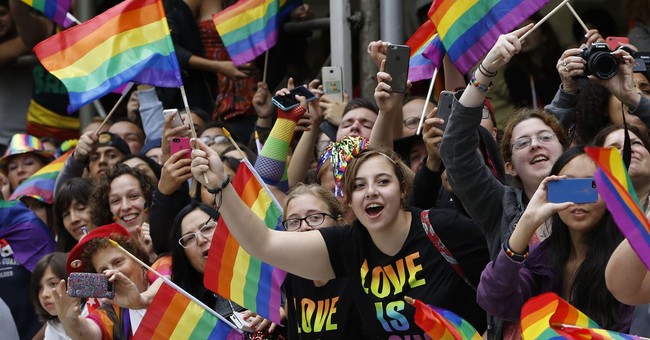 Catholic Social Services has long been about the business of finding placements for vulnerable foster children needing homes. The group has been serving at-risk kids in Philadelphia for over a century.

But this will apparently no longer be the case.

The Catholic charity organization, whose roots stretch nearly all the way back to the founding of America, has a long history of serving the city’s poor and marginalized. Operating under the Archdiocese of Philadelphia, Catholic Social Services provides food and shelter, counseling and support to those in need--and, up until recently, also placed Philadelphia’s most vulnerable children in approved foster homes.

But this past March, the city of Philadelphia announced that they would be suspending referrals of foster children to two religious organizations: Bethany Christian Services, and Catholic Social Services. The reason? Neither group places children in homes with LGBTQ couples.

Catholic Social Services operates, as one would expect, under Catholic principles. This naturally includes the historic Judeo Christian belief that marriage is a sacrament to be shared between one man and one woman. Same-sex married applicants to the organization’s foster parent program, then, would theoretically not be accepted.

Strangely, Philadelphia’s announcement came just three weeks after tweeting that there is an “urgent” need for local foster parents. Yet as a result of the city’s refusal to work with Bethany and CSS, untold numbers of qualified foster homes are now sitting empty.

It is also worth noting that, to date, no complaints or lawsuits have ever been filed against Catholic Social Services by LGBTQ individuals. Furthermore, Catholic foster parents who currently depend upon funding generated by the contract between the city and CSS are now at risk of not being able to continue parenting the at-risk children in their care.

Sharonell Fulton is one of those parents.

Amazingly, Fulton--a single mother and woman of color--has fostered over 40 children through Catholic Social Services over the past 25 years. In a poignant op-ed for Philadelphia’s Inquirer, she writes, “I’ve known a thing or two about discrimination over the years. But I have never known vindictive religious discrimination like this, and I feel the fresh sting of bias watching my faith publicly derided by Philadelphia’s politicians.”

It is this anti-Catholic discrimination that has led Ms. Fulton to sue the city.

On June 5, the non-profit law firm Becket--which specializes in the protection of religious liberty--filed an injunction against the city of Philadelphia. But on July 13, a judge ruled that the city is within its rights to cease placing children with both Catholic Social Services and Bethany Christian Services, alleging that they are discriminating against LGBTQ people. Additionally, there is now the threat that Philadelphia may not renew its fostering contract with the organizations at all--which would result in their respective foster programs closing down altogether. Foster children currently in CSS or BCS homes, like Sharonell Fulton’s, would most likely be moved elsewhere.

Becket has since filed an emergency appeal.

There are presently 6,000 children in Philadelphia’s foster care system.