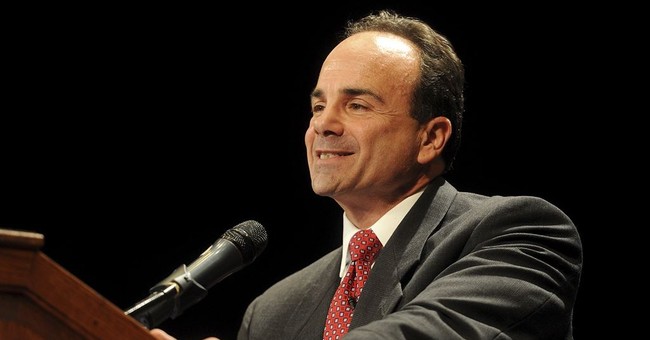 Tuesday saw three new candidates—two Republicans and one Democrat—petition their way onto gubernatorial primary ballots in Connecticut. With the deadline for signatures passed, the primary fields on both the Republican and Democratic sides for governor have finally rounded out.

For the Democratic party, party-endorsed candidate and Greenwich businessman Ned Lamont will face Bridgeport mayor Joe Ganim in the August primary on the August primary ballot. Ganim did not garner the support of 15 percent of delegates needed to earn ballot access at the state party convention but managed to petition onto the ballot by submitting 17,100 valid signatures, 1,600 more than the 15,458 required.

Lamont is most well-known for defeating Joe Lieberman in a 2006 primary for his U.S. Senate seat, only to lose in the general after Lieberman campaigned as an independent. He also ran in the 2010 Democratic primary for governor, losing to current Governor Dan Malloy, who is retiring after two terms.

Ganim served as Bridgeport mayor from 1991 until 2003, when Ganim was sentenced to nine years in prison after being convicted of racketeering, racketeering conspiracy, extortion, theft of honest services, bribery, conspiracy to commit bribery, and filing false tax returns. Ganim served seven years before being released in 2010, and five years later he won back his old job after an apology tour. Because of his criminal history, he is not eligible to participate in the state’s voluntary public financing program for statewide elections, which could hamper his ability to campaign.

On the Republican side, party-endorsed candidate Mark Boughton, who was already set to face Tim Herbst and Steve Obsitnik in the August primary, will now face two more candidates as millionaire David Stemerman and Bob Stefanowski have both petitioned their way onto the ballot.

Boughton, the mayor of Danbury who’s currently in his ninth term, won the party’s endorsement in his third attempt at the governor’s mansion. Former Trumbull first selectman Tim Herbst, who along with Boughton was recently granted $1.3 million in funds through the public financing program, is seen as Boughton’s biggest challenger after Herbst ran a surprisingly strong campaign for state treasurer in 2014. Steve Obsitnik, a Navy veteran and businessman out of Westport, got a surprising amount of support at the GOP convention back in May. However, he has not raised enough money to get access to public financing. Stemerman and Stefanowski are both self-funding their campaigns for the state’s top office.

The gubernatorial primary for both parties is scheduled for August 14th.