Before Facts Come In, MSNBC Blames Trump for Newsroom Shooting 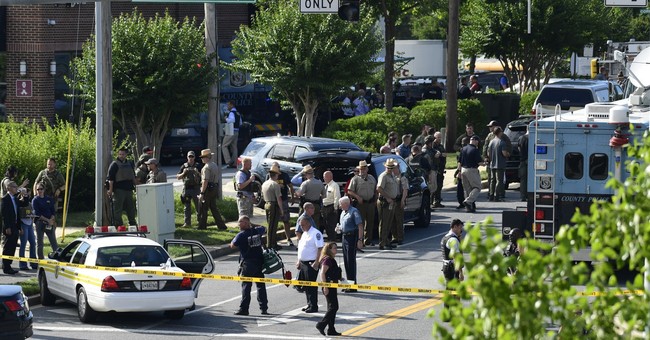 Before any facts were known about the shooter who killed multiple people in an Annapolis newsroom this afternoon, the major media wasted no time assigning blame on President Trump.

"The fact that it is a newspaper does come into play in 2018 in the minds of those of us who do not know the details of what actually happened," anchor Ali Velshi said. "Jim Cavanaugh said it, there are always attacks on the press, but it feels like there are more these days.”

“It is a unique time in our country’s history; we have open hatred towards the media, fake news, this is the era of it," Watts responded. "We hear lots of discussion about it. We had a figure just show up in the last 48 hours, I believe, that said they would be excited if vigilante squads would shoot down reporters essentially on site. This is a troubling thing here. We don’t know if it is a personal motivation, what we tend to see with a workplace kind of shooting. Maybe it is a personal grudge. But it is a target, a place where we have seen increasingly come under verbal assault. You have to wonder if that’s actual physical assault based on that type of an outlet.”

“Commissioner, Tom Costello and Clint Watts and Tom Winter all referenced this charged environment in which we’re operating in which journalists — I don’t know specifically if this climate affected the journalists working at the ‘Capital Gazette’ newspaper in Annapolis where the shooting took place today," Nicolle Wallace said, "but any thoughts you have about the climate, about the rhetoric in this country, about news organizations?”

"The climate makes it much more difficult for law enforcement, for example, in the sense of — with so many guns in this nation, more guns than people, with so many people who get so wrapped up in issues, whether it’s politics — we just recently saw the president again attacking CNN reporter — so that doesn’t help matters at all in terms of directing venom to the media in this case," Bratton responded. "And it just compounds the problem. Too many people get ginned up on words and then they translate it into action. And they have the resources to make that action very deadly as we’ve seen in this situation."

Elsewhere on MSNBC, another law enforcement analyst, Tom Costello, pinpointed the anti-media antagonism from Trump's 2016 campaign as a contributing factor:

"It caused me, Ali, to harken back to we have had reporters targeted, as you know, in recent months and years. And it hasn’t just been on the campaign trail. Although, as you know, the vitriol really did reach fever pitch on the campaign trail as reporters were trying to cover the Trump campaign. We also had during — in Paris, you may recall, Islamic extremists back in 2015 killed 12 people at the ‘Charlie Hebdo’ newspaper in Paris. In Virginia, you may recall a reporter and her photographer were gunned down live as they were on the air back in 2015 as well, Allison Parker and Adam Ward. That was not related to any sort of Islamic extremist, but rather it appears it was an individual who was suffering some severe mental illness. But this has been a theme in which reporters often are in the line of fire, whether it is on a scene, a battlefield, or just simply in the newsroom doing their jobs or out on the field. We don’t know the circumstances here, but the ‘Capital Gazette’ reporting a shooting at their specific newsroom is of concern as well.”