Tear Jerker: Volunteers Honor Soldier In One Of The Most Remarkable Ways Possible 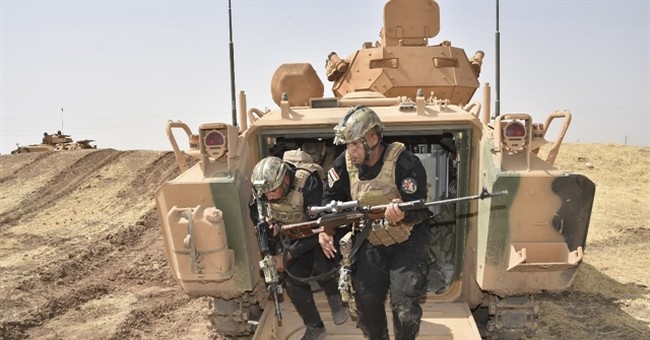 CBS Nightly News' 'On the Road' went to Texas to help make one 15-year-old's dream come true. Justin Rozier's father, Army 1st Lt. Jonathan Rozier, was killed in Iraq in 2003 when Justin was just nine months old. Now that the teenager is on the verge of driving, he longed for one piece of his father's history: his car.

"I don't know, just knowing that he had it -- it's a whole lot different than just any other thing," Justin told CBS.

After his father died, Justin's mom, Jessica, had to sell the1999 Toyota Celica Convertible Jonathan had. She knew trying to find the car would be almost impossible but decided to take to Facebook with her son's story and the original VIN to try and track the car down.

Low and behold, the internet worked in this Military family's favor.

Residents in a small Utah town tracked down the car. They collected donations and purchased the car for Justin. Kyle Fox, who runs the nonprofit Follow the Flag, gathered a team of volunteer mechanics to fix up the car for the teenager. Fox then drove the car to Texas and delivered it to Justin in time for his 15th birthday.

When Justin saw the car he was utterly speechless.

"It's a link to the past for him. It's a big thing for me too. I never got to see him come home. So that just one moment right there was -- I think I needed that," Jessica said.

"It's a link to the past for him." @OnTheRoadCBS with the journey of finding a fallen soldier's old car, and the heartwarming homecoming pic.twitter.com/ii9SZXoETi